Former Ambassador to Russia Udayanga Weeratunga brought back to SL 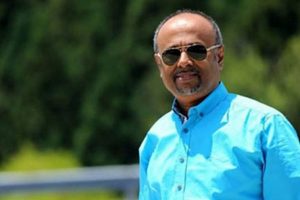 Former Ambassador to Russia Udayanga Weeratunga, who is wanted on charges of money laundering, has been brought back to Sri Lanka from Dubai today.

Weeratunga is currently being interrogated by Criminal Investigation Department (CID).

Weeratunga has been hiding in the UAE since 2018.

A case was filed in a Court there seeking his extradition to Sri Lanka, to face money laundering and misappropriation charges over his involvement in the 2006 purchase of four MiG 27 aircraft for the Sri Lanka Air Force.

A case against Weeratunga is pending in the Colombo Magistrate’s Court, and a warrant for his arrest was issued on 20 October 2016.

Interpol had also issued a red notice on Weeratunga.

November 5, 2018 byEaswaran No Comments
A tense situation erupted at the Western Provincial Council (WPC) today after two of its ruling party councilors sat in the opposition as a protest against President Maithripala Sirisena’s decision...