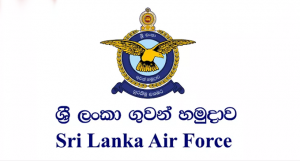 The Sri Lanka Air Force (SLAF) has spent close to Rs. 1 billion to procure nearly 40 luxury apartment units from Fairway Holdings while there is growing discontent among SLAF officers over the “new” staff quarters provided for them due to high maintenance charges, The Sunday Morning learnt.

The apartment units had been procured by the SLAF from Fairway Holdings during Air Chief Marshal KapilaJayampathy’s tenure as the Air Force Chief.

The total value of the agreement is between Rs. 800 million and Rs. 1 billion, which was for the outright purchase of a total of 40 apartments, The Sunday Morning reliably learnt.

It is also learnt that some apartments are yet to be handed over to the SLAF by Fairway Holdings.

When contacted, Air Force Media Spokesperson Group Captain DushanWijesinghe said that the first half of the payment to Fairway Holdings had been made and the remainder would be paid after all the apartments were handed over to the SLAF.

“There has been a delay on the part of the supplier in supplying all the apartments,” he said.

Meanwhile, a senior official at Fairway Holdings told The Sunday Morning that they were in the process of delivering all the apartments.

“I believe by the end of March all the apartments would be handed over to the Air Force,” the official said.

With regard to the pricing of each apartment, the senior official said that such prices varied depending on the amenities and luxuries provided in each apartment.

Furthermore, the source said that the apartments would be supplied in full by the end of March 2020.

However, some SLAF officers have expressed their dissatisfaction at the “new” living quarters being assigned to them due to the high maintenance fees levied by Fairway Holdings.

Accordingly, around Rs. 25,000 to Rs. 30,000 is deducted monthly from the salaries of these Air Force officers, which is a considerable amount given the salary of an officer, SLAF sources told The Sunday Morning on the condition of anonymity.

The disgruntled officers had not been consulted when the agreement for the provision of these apartments was signed between the SLAF and Fairway Holdings during the time of Air Force Commander KapilaJayampathy.

April 26, 2019 byEaswaran No Comments
A major battle broke out in Kalmunai this evening between the security forces and suspected terrorists linked to the bombings on Sunday.