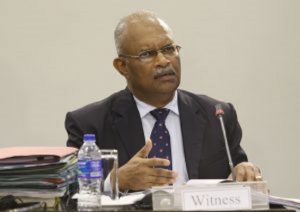 Abeysekara has reportedly been interdicted for causing disrepute to the police over a statement made in a leaked tele-conversation.

Several audio clips purportedly between former State Minister Ranjan Ramanayake and state officials including officials of the CID have surfaced on social media following a raid at his house.

After the regime change following the presidential election, Abeysekara, who handled several high profile cases, was transferred and assigned as the Personal Assistant to the Southern Deputy Inspector General (DIG) of Police.

November 5, 2020 byLahiru Pothmulla No Comments
As a measure to increase the screening capacity of Covid-19-infected persons to control the spread of the virus and ensure the smooth flow of the country's economic activities, the first batch of rapi

April 12, 2020 byTSM Web Desk No Comments
With the Board of Investment (BOI) geared to reopen a number of factories in the coming days, trade unions have demanded that all safety, hygiene, and other facilities be provided to workers who would