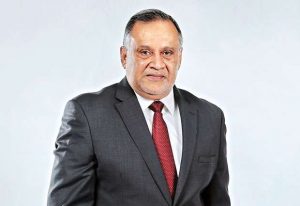 Former Chairman of John Keells Holdings (JKH), Susantha C. Ratnayake has been appointed as the new Board of Investment (BOI) Chairman, The Sunday Morning Business learns.

The appointment letter will be officially handed over to Ratnayake by the Government this week.

He takes up the position of BOI Chairman a month after former Chairman Mangala Yapa resigned on 18 November, following the election of President Gotabaya Rajapaksa.

Ratnayake retired from the JKH group in December of 2018 after having headed the group and all its subsidiary companies for 13 years.

In addition to JKH, Ratnayake has led organizations such as Employers Federation of Ceylon, Ceylon Chamber of Commerce and Sri Lanka Tea Board.

The economic pitfalls of the two-thirds majority

August 23, 2020 byCharindra No Comments
Gaining a two-thirds majority in a democracy has been the ultimate desire of all Sri Lankan governments as it would virtually put a fullstop to meaningful political competition, enabling governments t