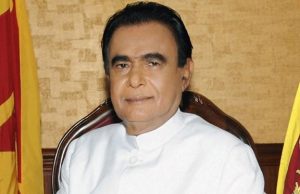 June 30, 2020 byTSM Web Desk No Comments
Cinema halls have been banned from displaying propaganda material of candidates during screenings.

Disappearance of 11 youths – New twist in the case

October 27, 2019 byThe Sunday Morning No Comments
A former Sri Lanka Navy Commander has been named the 16th suspect in the high-profile Magistrate’s Court case over the disappearance of 11 youths, allegedly tortured in a secret cell at the