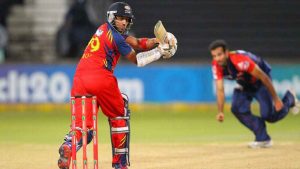 Former South Africa and Lions batsman Gulam Bodi has pleaded guilty to eight charges of corruption and begged for clemency in the Pretoria Commercial Crimes Court. On Friday, Bodi became the first South African sportsperson to be criminally convicted for match-fixing and is facing a potential 15-year sentence.

Bodi is being charged under the Prevention and Combating of Corrupt Activities Act of 2004, which makes match-fixing and spot-fixing in sport a crime in South Africa. The act was introduced after the Hansie Cronje match-fixing saga in 2000, and this is the first time it is being exercised.

In 2016, Bodi was banned from taking part in any activities relating to cricket for 20 years by Cricket South Africa for his part in contriving to fix, or otherwise improperly influence aspects of the 2015 Ram Slam T20 tournament. Six other players – Alviro Petersen, Thami Tsolekile, Lonwabo Tsotsobe, Jean Symes, Pumi Matshikwe and Ethy Mbhalati – were also implicated.

CSA handed their evidence over to the South African police services, who launched their own investigation culminating in this case.

“It has been a very tough few years,” Bodi told reporters outside the courtroom. “I’ve been banned for 20 years. That’s already a long sentence. So for me not to be able to do something I loved my entire life has been terribly hard. I haven’t really settled in the last three years. It’s been a constant battle.

“Just recently I managed to get a job, and after three years of running around and struggling, things started slowly looking a bit better, and now this comes up. It’s completely shattered me.

“They pulled me out of school when I was just 16 and put me in a cricket academy. I don’t even have an education background to fall back on, so it’s been a real battle. This is going to greatly affect my job and my family, because nobody wants to be associated with a criminal.”

Sinenhlanhla Mnguni, Bodi’s legal representative, said his client acknowledged his wrongdoing and pleaded for the court’s mercy. The state and defence legal teams both asked for more time in order to prepare for a sentencing, and Magistrate Nicola Setshogoe agreed to a postponement, acknowledging that as a first-time offender Bodi had handed himself in and co-operated fully with authorities since being arrested in July.

“Before this whole thing transpired, my client was offered a job at a cricket academy and had also been commenting with SuperSport,” Mnguni told The Saturday Star. “The fact that the ban he received meant he couldn’t be involved with cricket took away any form of income he would be able to earn because in essence this man only knows cricket. He doesn’t have an academic background.

“I’m hoping that when we bring forward all these issues to the court, in addition to the fact that he’s got three very young children and he’s got an elderly unemployed mother, whom he financially supports.

Bodi will return to court on 28 January next year for sentencing.

February 19, 2020 byTSM Web Desk No Comments
Mumbai Indians and Chennai Super Kings, the two most successful IPL teams, will face each other in the opener of the 2020 edition of the tournament on March 29, it was confirmed on Tuesday, 18 Feb.