We live in a world torn apart by war and disasters and where bad news is an everyday surety, so much so that you long for some good news in your day to day life. This is exactly what Kind Hearted Lankans aim to provide; inspire Sri Lankans through random acts of kindness.

Through this movement, they (the pioneers behind it wish to remain anonymous) continue to give hope to those who can never repay them, by providing them with the essentials they need to survive, hoping to give them a better life.

Here are four reasons as to why the world just got a little better because of these simple acts of love, as narrated by the people behind Kind Hearted Lankans.

1. Ajith and his rich heart

“This is the story of Ajith who manages to earn LKR 300 a day by selling lottery tickets. He met with an accident at a construction site a few years ago which left him with serious brain injuries. He refused to give up on life and started selling tickets. We had a hidden camera mounted on one of our t-shirts and walked up to him and explained that we were in need of LKR 100 for an emergency. He didn’t think twice; he just handed us the money and in return we gave him 10 times more. This video was watched by a director who was working at the Lotteries Board and for his kindness, they decided to reward him by building a small space for him to sell tickets comfortably. 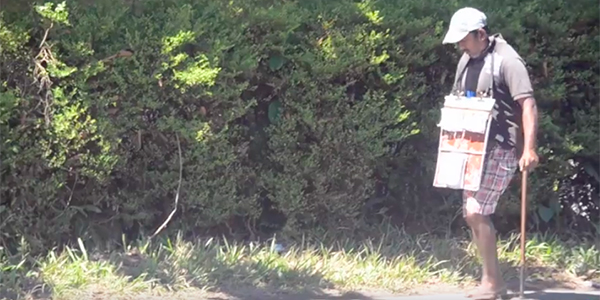 We should never judge a person by their appearance, a rich heart may be under a poor coat. And this beautiful soul is a perfect example for it.”

“This is undoubtedly the saddest story we’ve come across. We met Kularathna seeya a.k.a ‘Bara Bare Seeya’ on the side of the road seated with a scale trying to earn an honest living. He looked absolutely exhausted when we met him. He had been walking for miles trying to earn some money. He’s a father of seven, looking after four of his children. None of them have permanent jobs, and they were struggling to live. He was living in a small hut on Gothami Road in Borella with his family. The most important lesson this seeya teaches us is that no matter how difficult life gets, you should never give up. Through every dark night, there’s always a bright day after that. He definitely deserved a GOLD MEDAL. He was charging LKR 20 each time he measured someone’s weight and we ended up giving him LKR 5000 and his reaction was absolutely priceless. The video went viral overnight and was the most watched video we have published on our page. We had almost 300,000 views. 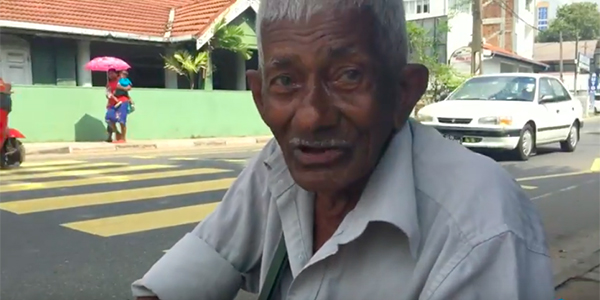 Two weeks passed and as promised, we went to see him again to his house and he was so happy to see us; he told us how people had started recognising him on the road after the video and that it made him so happy. We waved goodbye after a long chat and promised to return again after a few weeks with his medicine and rations. Four days later, he passed away.”

“We featured young Milka’s story last year (2017) when she was chasing the Olympic dream of winning a medal for her country in the 2020 Olympic Games. She was 14 years old then and was the National Gymnastics Champion in Sri Lanka. Her journey has been really tough but she’s happy with what she has achieved so far despite the many financial difficulties. After publishing the video, she received a lot of support and we were able to help her get admission to Methodist College, Colombo from her previous school Piliyandala Central. We also found her an official sponsor. She was chosen this year to represent the country at the Youth Olympic Games in Argentina. Milka is currently training in Romania and will arrive in Sri Lanka at the end of the month to participate in the Youth Olympic Games in October.” 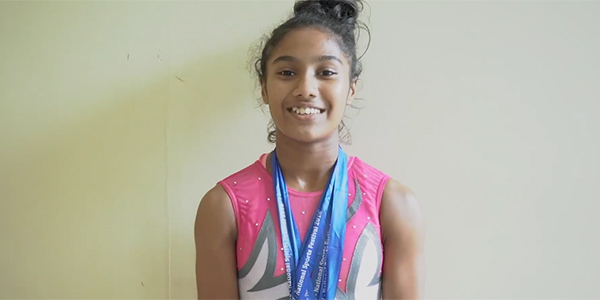 4. Pain is real but so is hope

“We met this 92-year-old aththamma on the side of the road seated on the ground, selling floor mats. She said she was earning around LKR 150-200 a day while managing to sell 7-8 mats. The initial video we did for her went viral and lots of people offered to support her in many ways. We ended up repairing her whole house and got her electricity and water. We also linked her up with a few kind hearted people so she gets help every month for her medicine and food. She currently lives in Narammala with her daughter.” 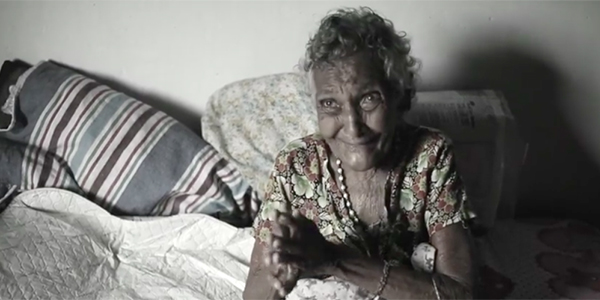 September 10, 2020 bythemorningeditor1 liberty No Comments
Independent publisher Perera-Hussein Publishing House is celebrating the month of September in a mid-pandemic world by holding a month-long virtual book fair for book lovers all around the island (and