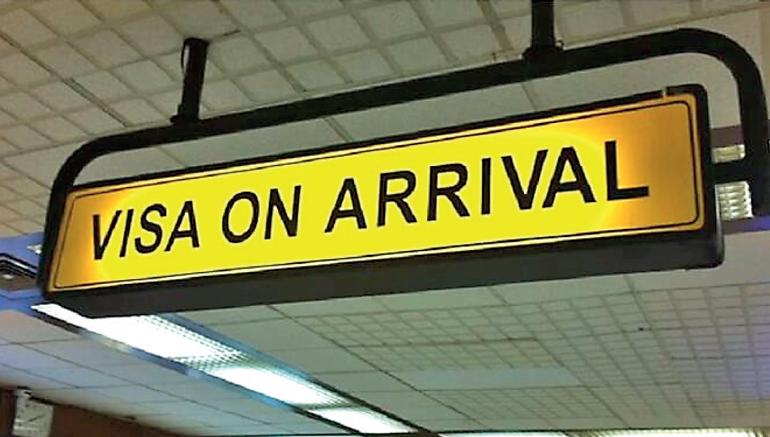 The visa fee exemption facility launched on 1st August to promote tourism has resulted in tourist arrivals from western countries decreasing, leading to a month-over-month drop in overall arrivals in August, according to data from the Department of Immigration and Emigration.

Sri Lanka’s top two traditional tourism-generating countries – India and China – saw a month-over-month growth during August as they brought in 27,808 and 8,899 tourists respectively, compared to the 18,309 and 6,926 tourist arrivals in July.

However, the UK, Germany, France, Australia, Canada, Switzerland, and the Netherlands, the traditional western countries that are generally in and around the top 10 tourism-generating markets of Sri Lanka, reported lower numbers of arrivals in August, compared to July this year.

26 out of the 48 countries have failed to bring in more tourists during August compared to July, while July arrivals figures for nine countries are not available for a comparison due to the negligible number of arrivals.

Arrivals from all the free visa-eligible countries excluding Cyprus during August 2019 are lower compared to the arrivals in August 2018.

The overall August arrival figure up to Thursday (29) was 104,864 compared to 115,701 a month ago, and it is unlikely to have climbed near the July figure in the remaining two days of the month of August.

The free visa on arrival programme, which was launched on 1 August to increase arrivals and revive the terror-hit tourism industry for a period of six months, allows nationals from 48 selected countries to enter Sri Lanka with a free visa valid up to a month, on their arrival.

The programme was initially scheduled to be implemented in April but was suspended following the Easter attacks due to security reasons.

Furthermore, none of the Middle Eastern countries were included in this list, even though the region contributed over 3.5% of all tourists to Sri Lanka in 2018, along with India and China.

India and China, Sri Lanka’s two biggest tourism source markets, were not included in the original list of 39, but were added right before the implementation.

The Government aims to bring down 2.5 million tourists this year through this programme, in spite of the impact of the Easter attacks on tourism.

September 23, 2019 byCharindra No Comments
World famous CNN journalist Richard Quest advised Sri Lanka not to waste a crisis, referring to the opportunities presented by the tragic events of Easter Sunday.

July 23, 2019 bythemorninglk No Comments
A range of innovative and advanced room air purifiers from the 2019 Red Dot Design Award-winning TruSens™ range from the US has been launched in Sri Lanka by Thef:;llstop.