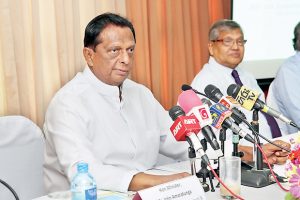 Minister of Tourism Development, Wildlife, and Christian Religious Affair John Amaratunga will lead the delegation to China to attend a number of trade and tourism fairs to offer favourable travel packages to the Chinese to visit Sri Lanka.

Amaratunga told The Sunday Morning that the delegation will be travelling to Beijing and Guangzhou.

“The delegation hopes to address several travel fairs and tourist agencies in these respective cities to promote the nation’s return to normalcy as well as introduce the all-new China tour package aimed at the Chinese tourist market,” the Minister further added.

After the Sri Lankan delegation’s brief tour of China, the Minister added that they hope to travel to India as well, to speak with Indian travel agencies and address the press at travel fairs, to assure the safety of travel to Sri Lanka.

“Five days after the implementation of the China tour packages, we hope to introduce a brand new India tour package as well which will be favourable to the Indian tourist markets,” the Minister said. 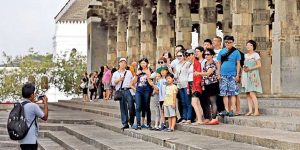 “So far, most states have only softened their travel advisories to Sri Lanka, but in the coming months, we hope that these restrictions will be lifted as the country is returning to a state of normalcy,” Amaratunga said.

As of now, most states have updated their travel advisories to the island nation. However, only Sweden has removed the travel advisory completely.

December 9, 2019 byTSM Web Desk No Comments
Sri Lanka has been elected Chair of the Biological Weapons Convention Meet to be held in 2020, the Foreign Ministry said today.

Abhayapura in Polonnaruwa out of lockdown