May 4, 2020 by Dimithri Wijesinghe No Comments

Once swarming with tourists, now a ghost town

Galle Fort, one of Sri Lanka’s most popular tourist destinations and every drone owner’s dream location, has unsurprisingly suffered greatly due to the Covid-19 pandemic.

Transforming almost into a ghost town, the charms of Fort, of which the bustling cobblestoned streets were once swarming with tourists and endless liveliness, are no more, with a lot of what makes Galle Fort what it is having to go underground due to the very necessary but unfortunate Government-imposed curfew.

While Galle boasts beautiful remnants of colonial architecture, rich cultural heritage, and ideal sunset locations, Galle Fort is primarily a business centre – a gigantic shopping precinct with back to back restaurants, novelty stores, hotels, and BnB (bed and breakfast) joints.

However, businesses of any kind have had to almost entirely halt operations considering the worldwide shutdown of most travel and the need for social distancing.

Painting us the picture

We spoke to some of the business owners of the Galle Fort and adjacent areas to paint a picture for us of what our beloved Galle Fort looks like now.

According to them, most businesses in Galle including their own are 99% tourist-based; many are upmarket establishments which have all come to standstill during this difficult time.

They said there are no “maybes” about it; all business operations are closed down, with just some establishments making attempts to carry out take-away services at the very least, which will show one or two restaurants having opened for that purpose.

They shared that Galle Fort, being a tourist-driven market, would have to halt at least for the short term from the looks of it.

According to both Munidasa and Ellepola, Galle is essentially reliant on two types of markets: One is the tourists coming from abroad and the other is local tourists coming from Colombo on weekends to enjoy a change of scenery. They said that if reviving from the Easter Sunday attacks was difficult, where one of the two markets remained available to some extent, things are very much different now. 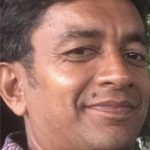 We also spoke to Wijaya Beach Owner Mahendra Wijesena. Wijaya Beach is a family-owned business that has become one of the best-loved establishments down South for their popularity with the local expat community. Wijesena shared that while they are ready to work as soon as possible, they have accepted the unfortunate reality of the situation. He believes that there would be no business, let alone any profits, for at least six months to a year’s time.

He said that while nobody has any real clue of what would happen, and even if the curfew is lifted, it is likely that people would want to stay inside while the Government too may advise it particularly when it comes to Galle as there haven’t been any Covid-19 cases.

His personal opinion is that while it would be difficult, even when the avenues open up for those from Colombo to make their way around the island, it would be preferable if they act responsibly and not take chances of carrying the virus further than it has.

A ghost town, but making the best of it

While Galle has transformed itself into a ghost town, its residents are attempting to make the best out of a bad situation; like Munidasa mentioned, delivery and take-away services seem to be the only thing restaurateurs can do until things take a change for the better. 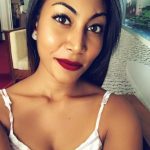 We spoke to Hoppa Galle Fort Manager E.S.S.R. Krishanthi also shared that they are trying out the delivery service just to see how it goes. She said that unsurprisingly there is not a lot of business – almost none.

Until recently, there had been some foreigners who were stranded here during the travel ban. Krishanthi said they saw who walked around and went to the beach whenever curfew was lifted. However, many of them had been Russians, and there was a charter flight that was sent from Russia to most of them back to their country.

She also shared that there are others who are attempting to integrate themselves into the community the best they could, especially those who had decided to stay in rooms and therefore are required to go out and explore the city for meals and such.

As for the future, she said all they can really hope to do is target locals, and once curfew is lifted and it is declared safe to travel, locals who have been stuck inside their homes for two months can come to Galle and experience a change of pace.

Movement has been zero 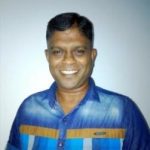 Speaking to Fort Bazaar Manager Asanka Lokuge, he shared that the reality of Galle Fort is that during curfew times, due to the double barriers set up in Galle Fort, there has been nobody coming in or going out and so movement in Galle Fort has been zero.

“The area that Fort Bazaar is in, when usually there would be a swarm of people just shoulder to shoulder, we see about 10 to 15 people biking around,” shared Lokuge. The thing with Galle Fort is that there isn’t an off season; there are lots of things on offer that there’s something for anyone all year round, especially for budget travellers and backpackers who are just passing through.

“We also started up food delivery. We acquired some special curfew passes from the Police and since we have been getting five to six orders a day as we shared our menus with our contacts and regular customers, which is not nearly enough but has been something,” he said.

He said they take the strictest precautions and since the delivery service has been a go, they have also opened up the venue’s veranda for any stragglers who are walking around to relax. He said they have made sure to keep one metre distance between the tables and all safety precautions like masks and sanitizer will be provided. Since they opened the space up, one or two guests have come in to just spend the day by themselves. Lokuge said that while things look quite bleak, they are hopeful, adding that with time things will start to pick up. 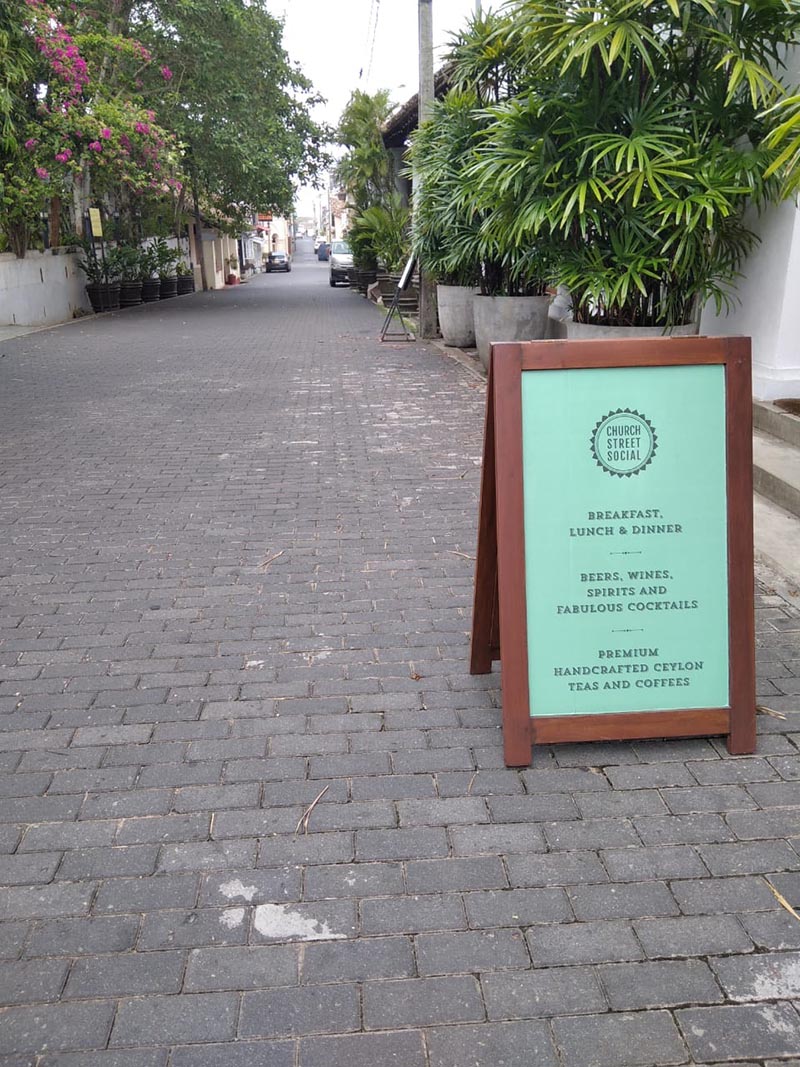 While Galle may be most well known for the many boutique restaurants, there’s also a number of retail stores and novelty item shops scattered around. One such retail store is Karma Collection, a boutique featuring fashion, art, and homeware, with its prime location sandwiched between the mosque and the lighthouse, so you can’t miss it. 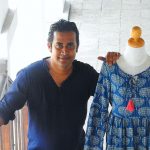 We spoke to Karma Collection Founder Tivon Prasad who also echoed the many woes expressed by nearly all the businessowners in Galle we have since spoken to, saying: “Things are looking quite bad.”

However, Prasad was of the view that while regaining the status quo may be too far down the line, he has decided to set his sight on other opportunities. He said the only way to get through this is with a positive outlook, and what he has done is look to the online market to strengthen the store’s online presence.

He said that if we are being hopeful, this will all continue till about the end of the year and even still we cannot be certain of how soon things would pick up. Therefore, instead of dwelling on the things he cannot change, he has registered on Amazon and similar delivery services to market his products.

Prasad shared that there has been a number of foreigners who were stuck here due to the travel bans in their specific countries, who have made attempts to be friendly with the locals; some of those people have helped him set up his online presence with many of them saying they need a project of sorts to keep them occupied during the day.

It is understood that not all businesses have the privilege of changing their target audience as simply as Prasad, considering what they are selling. However, his outlook seems to be the best one could hope for during times of crisis.

As many of the businessowners we spoke to have mentioned a general settling of uncertainty and confusion, with many of them starting things off with “we have no clue”, nobody truly knows what will happen and there isn’t a lot of precedent as to how we should carry out our consumer-driven society at a time like this, particularly during the hopefully brief adjustment period once it is declared safe to step outside.

To anyone else who has been wondering what it’s like everywhere else, the picture is not that much different from your view when you peak outside. We are dealing with somewhat similar concerns, and the bets that we can do is hope for the best.

June 29, 2020 byJennifer No Comments
The British School in Colombo held Sri Lanka’s first-ever drive-through graduation ceremony on 25 June for their graduating class of 2020.

Little treasures on the Low-Level Road

July 31, 2019 bythemorninglk No Comments
If you always take one particular route every weekend to visit your parents in another city, maybe you want to take an alternate route for a change of scenery.