Going organic in times of trouble

Sri Lanka is home to a large number of breathtaking locations and many of these locations can be found near lakes, rivers, and the sea. One such place is “ahas Dambulla”, a beautiful boutique villa located right along the banks of the Ibbankatuwa Lake, one of the most popular lakes in Dambulla.

Presently, with tourism taking a major hit and declining, the villa had taken a different approach to what is expected of a boutique hotel; they are now producing an amazing variety of organic Sri Lankan chutneys and sauces to be delivered to the doorsteps of people’s homes.

The boutique villa opened about a year ago to cater to a tourism industry that was just beginning to pick up at the time. While the hotel’s operations continued, the owners wanted to utilise the extra space of the premises and hence they began to dive into the world of organic farming. Who would have guessed that this new initiative they took would come in handy the following year when the pandemic hit?

Initially, they started growing these plants to serve the in-house guests. However, when everything closed down, they were left with a farm that needed harvesting and not a single guest to serve. According to Co-founder Dinouk Colombage, who also handles media and communications of the villa, they had begun to look for alternative sources of income. Fortunately for them, their farm was ready for harvest.

They started with selling fresh vegetables online, which was quite well received, especially their tomatoes. Colombage spoke about the tomatoes as something that took off excellently and described the three types of tomatoes they currently harvest. The heirloom tomatoes are seasonally grown, and ahas Dambulla only grows the crop twice a year. These tomatoes are available in three varieties: yellow, green, and red – all of which have their unique tastes. Then there is the more fleshy tomato which is commonly found in supermarkets, the Roma tomato. And finally, pear tomatoes which are a variant of the heirloom tomatoes; being smaller in size, they tend to taste sweeter than the other varieties.

Despite how lovely their harvest was and the somewhat acceptable sales being made for these organic vegetables, one thing Colombage noted was that at a time like this, where getting any kind of vegetable was a trying task for many people, especially those unable to access supermarkets and grocery stores, people simply do not care if the vegetables are organic or not. “They simply wanted anything they could get their hands on,” he said, adding that they then began to think about different avenues to this business.

Subsequently, they had decided to adopt what is known as the “value-added economic method”. This is where the main product is enhanced and made into something better in a way that’s more appealing to customers; thankfully for them, they knew the perfect kind of value to add. 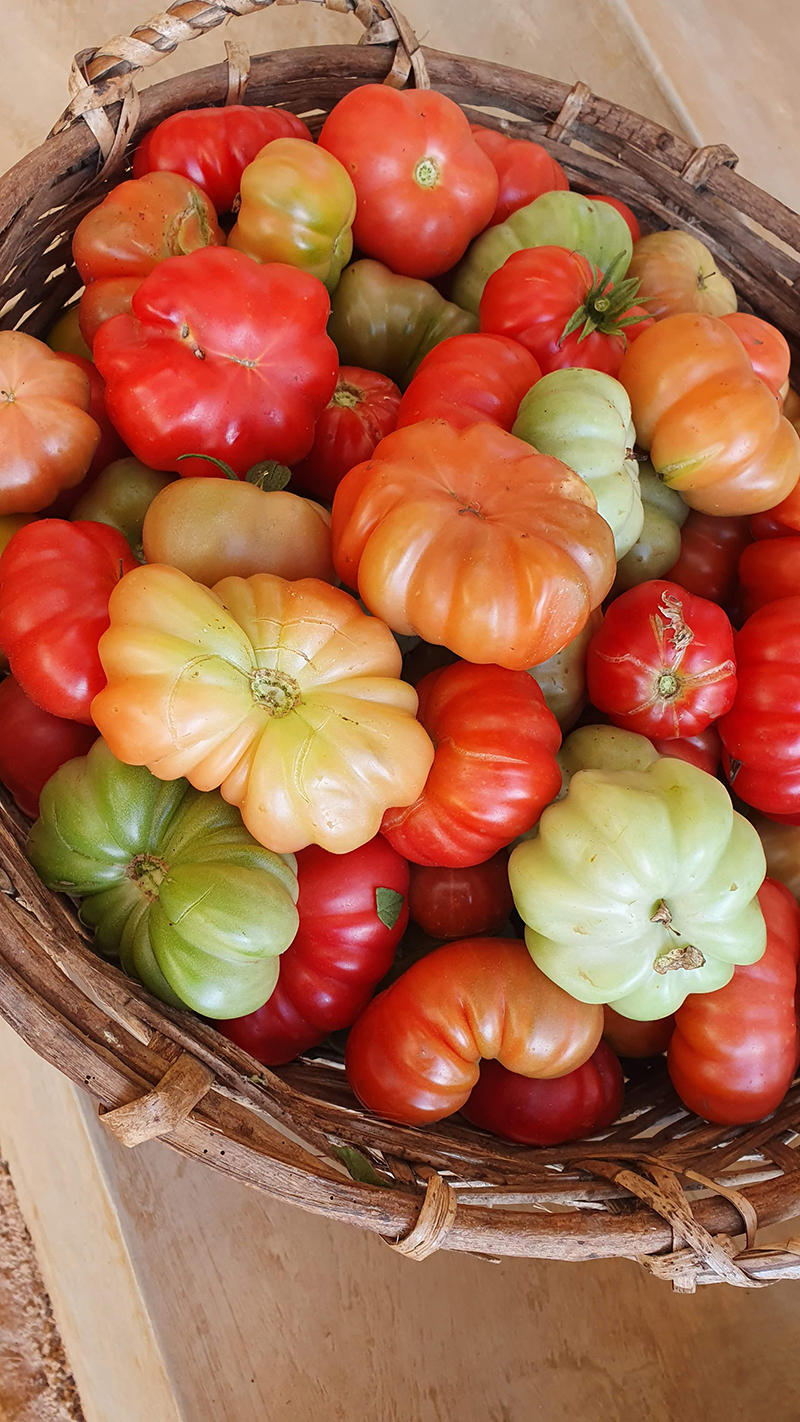 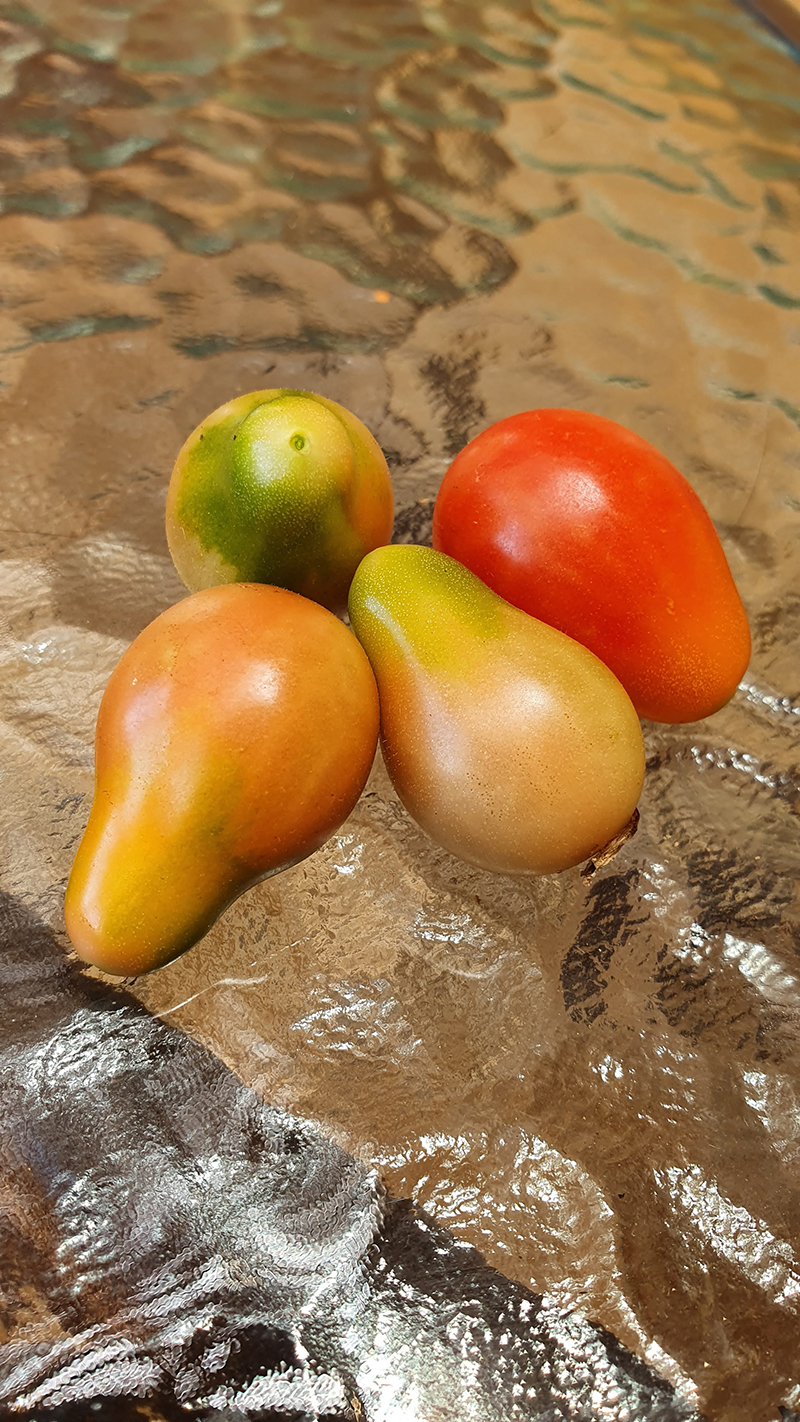 ahas Dambulla is a family-owned business and all families have something unique to them – something special passed down through the generations. While these may be just about anything like heirlooms such as trinkets, Colombage’s family received a different kind of heirloom – their grandmother’s recipes for various chutneys and sauces.

They whipped up some of these chutneys and sauces and tested it out with family and friends, all of whom immediately recommended that they make it a commercial idea, and so they did. Currently, they are producing their very own ahas Dambulla Tomato Chutney made from heirloom tomatoes and the ahas Dambulla Basil and Tomato Sauce made from the chunky Roma tomatoes.

They are quite happy with being an online delivery service in this manner. As Colombage said, they do not wish to saturate markets and get into supermarkets and stores. When everything settles and other stores begin to open, they will be able to supply the products to special places such as small cafes. Colombage said that this is the perfect opportunity to support other small, local businesses that have been similarly hit by the pandemic.

While the products are prepared in either Colombo or Dambulla, the plants are grown following a very special and careful method. The seedlings are developed in a small nursery and tended until they grow into plants. These grown plants are taken to the farms where the farmers working for ahas Dambulla care for them until they are harvested. They are fertilised organically and are watered by the gracious water of the Ibbankatuwa Lake itself, through the well belonging to the farm. Then the produce is brought to the commercial capital where the deliveries are made.

Colombage shared that while they are hoping to supply their chutneys and sauces to some small cafes, they would also like to expand their delivery base to areas such as Gampaha and especially Down South. Moreover, they would like to get more Sri Lankan farmers involved in the trade of organic farming. Colombage said that when they began organic farming in Dambulla, right at the beginning, many locals were skeptical and rather unaccepting of the trade, simply because they were not aware of what the concept was. However, now they have come to see what it is.

ahas Dambulla is also looking at training local farmers and even employing them in some other plots of land which they can use for farming in the future.

Those at ahas Dambulla would like to spread a message of positivity during these bleak times. They would like all other businesses to know that even in the darkest of times, there are always hidden opportunities waiting to be explored.

October 1, 2020 bythemorningeditor1 liberty No Comments
Sri Lanka is famous for its tea and tea plantations. Thé Kahata is a photography exhibition that captures the lives of the workers of these plantations through the lens of their own youths.

July 26, 2020 byJennifer Anandanayagam No Comments
The Wolf will be back in Sri Lanka for the 4th consecutive year with a twist from the 1st – 4th of October 2020. Book lovers and avid readers all around the island nation will once again have access t