Gota urged to support probe on him 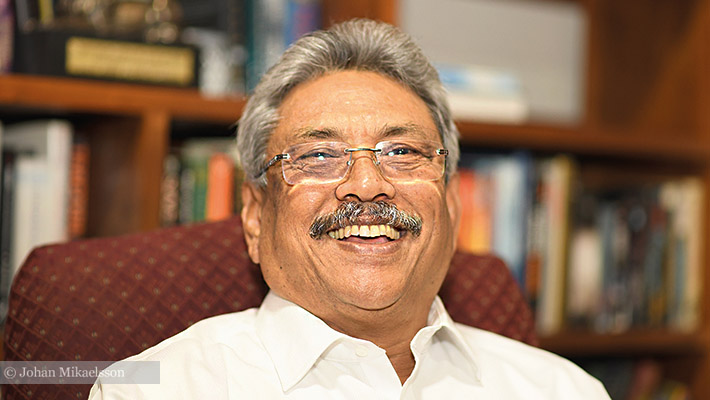 Former Defense Secretary Gotabaya Rajapaksa who aspires to be the seventh executive President of Sri Lanka has been urged to refute allegations against him and co-operate fully with all investigations.

The Election Commission has also been urged to conduct a prompt and impartial investigation into allegations against Rajapaksa.

The Centre for Monitoring Election Violence (CMEV) said today that its attention has been drawn to a complaint made regarding former Defense Secretary Gotabaya Rajapaksa.

According to the complaint made to the Elections Commission of Sri Lanka, Rajapaksa’s name had been included in the annual electoral list used for the 2005 Presidential Election and he had allegedly cast his vote in the said election, at a time when he was not a Sri Lankan citizen.

According to media reports, Rajapaksa obtained his US citizenship in 2003. He arrived in Sri Lanka on the 04th of September 2005 on a tourist visa and had campaigned / assisted the election campaign of Mahinda Rajapaksa in 2005. This, it is alleged, is an offense in terms of section 45(1) (a) of the Immigrants and Emigrants Act no 20 of 1948.

Thus, the CMEV says it is incumbent on Rajapaksa who aspires to be the eighth executive President of Sri Lanka, to refute these allegations and co-operate fully with all investigations.

September 9, 2019 byEaswaran No Comments
A gazette notification has been issued bringing the Sri Lanka Rupavahini Corporation (SLRC) under the purview of the Ministry of Defence which is headed by President Maithripala Sirisena.

Over 10,000 acres of forests destroyed by development projects

August 30, 2018 byThe Sunday Morning No Comments
Environmental groups claimed that the country had lost around 10,000 acres of its forest cover due to the Moragahakanda and Kalu Ganga Development Projects.