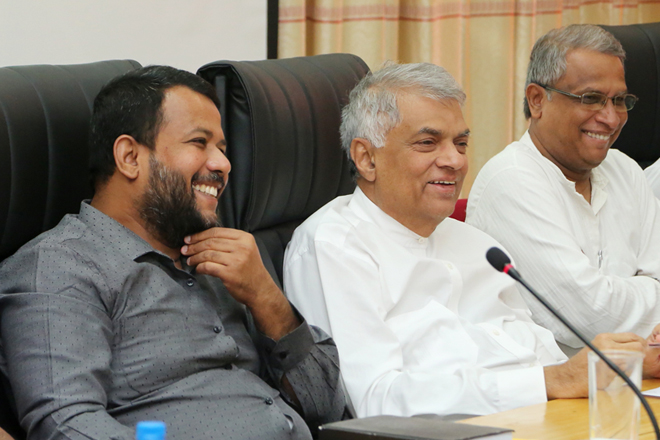 The Government has assured housing for Muslims displaced from Jaffna during the war.

Thousands of Muslims were forced to leave the North by the LTTE in 1990 and this included hundreds from Jaffna.

A condominium project has now been proposed for Muslims displaced from Jaffna during the war.

Minister of Industry and Commerce, Resettlement of Protracted Displaced Persons and Cooperative Development, Rishad Bathiudeen, said that after three decades since their initial displacement, Muslim IDPs from Jaffna now scattered across the country will finally be able to resettle in Jaffna.

He said that an appeal had been made to Prime Minister Ranil Wickremesinghe to address the housing issue faced by displaced Muslim families.

The LTTE had forced hundreds of Muslims to flee Jaffna in 1990 and most of them sought temporary refuge in Puttalam, Colombo, Gampaha and Panadura.

Since then 700 Muslim families returned to Jaffna but most of them were unable to get back their own land.

December 20, 2018 byThe Sunday Morning No Comments
The United National Front (UNF) has decided to give Mangala Samaraweera the Finance Ministry portfolio and appoint Ravi Karunanayake the Minister of Power and Energ

US concerned over demonizing of Muslims in Sri Lanka

June 5, 2019 byEaswaran No Comments
The US House Committee on Foreign Affairs has raised concerns over the demonizing of Muslims in Sri Lanka.