September 7, 2018 by Easwaran No Comments 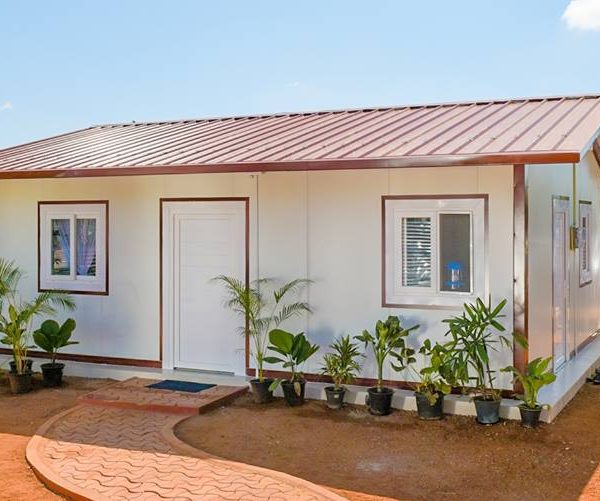 Swaminathan had said this at a discussions held between him and Prime Minister Ranil Wickremesinghe as well as Official Languages Minister Mano Ganeshan, Tamil National Alliance (TNA) Parliamentarian M.A. Sumanthiran and other officials.

When contacted by The Sunday Morning, Minister Ganeshan said that the meeting was held to discuss the housing issue in the North and East.

He said that it was agreed at the meeting that his Ministry will also handle part of the housing project.

Ganeshan said that during the meeting, Minister Swaminathan said that he had been accused of attempting to work with the Chinese on part of the housing project.

Swaminathan said that he will not give the project to the Chinese, Ganeshan said.

India earlier raised strong objections to China being given a stake in the housing project in the North and East.

As a result, the Chinese project was suspended until a final decision was reached and, with India maintaining its position, it was decided on Thursday to drop China from the project.

The Chinese housing project was to see some 7,000 locals in the North and East receiving employment to construct the houses, under the agreement.

The Chinese company had agreed to complete the project in two years and the Government earlier felt that it will help meet the urgent requirement for housing for the families.

Apart from the North and East, India also committed to construct a total of 14,000 houses in the plantation areas.

Recently, a ceremony was held to place the foundation stone to construct 150 new houses in Monaragala, under the Indian housing project.

Curfew in all districts except Colombo & Gampaha to be lifted

May 10, 2020 byTSM Web Desk No Comments
Except in Colombo & Gampaha districts, curfew in all other 23 districts will be lifted at 5 am from tomorrow & re-imposed at 8 pm daily

July 25, 2019 byRandev No Comments
After much deliberation, Dr Mohamed Shafi was granted bail by the Kurunegala Magistrates Court a short while ago.