Government has no long term plan to stabilize rupee – JVP 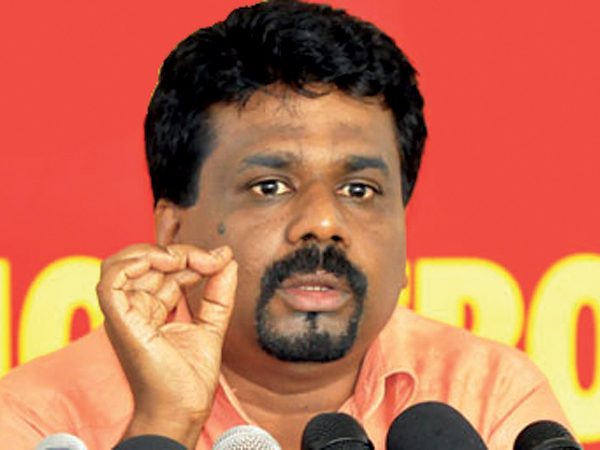 The JVP slammed the government for allowing the depreciation of the Rupee, charging that the government had no long term plan to stabilize the currency.

Leader of the JVP, Anura Kumara Dissanayake, addressing a media briefing today (25) at the party headquarters, said that instead of formulating a long term strategy to uplift the economy, the government was only implementing short term fixes and failing in stabilizing the economy.

“The government must have a long term plan to revive the economy. Instead, they are borrowing more and more from the International Monetary Fund and the World Bank as short term relief. The Government doesn’t work for the benefit of the nation but to please the whims and fancies of the western world,”

He said that successive governments had failed to implement a long term plan to develop economy.

“One of the main reasons for the drop in the Rupee is because we spend more on imports than on exports. Neither the former administration nor the current Government developed the production sector.  We have national assets such as the Colombo port and the Trincomalee harbour that can be used to earn in dollars to balance our import expenses but nothing has been done in this regard,”

The JVP leader pointed out that restrictions must be placed on imports to safeguard exports.

“The government must impose taxes and restrictions on excessive imports. Through deals such as the Sri Lanka-Singpapore Free Trade Agreement our markets are being opened even further,”

Furthermore, he charged that national assets such as the Colombo port have been privatized depriving the country of much needed foreign exchange.

“The Colombo port is one of the busiest ports and is crucial to earning dollars. However, the most profitable jetty was given to a Chinese company, CICT. Another method we could have earned dollars is through port services such as bunkering but the Colombo port Marine Services was sold to John Keels by Prime Minister Ranil Wickremesinghe in 2001,”

He said that if the government does not stabilize the rupee in the coming months, there would be a serious impact on the country’s economy.

May 18, 2020 byTSM Web Desk No Comments
The prevailing cyclonic weather conditions have affected 2,668 persons from 775 families, injuring five persons and
leaving two persons dead between 14 and 16 May according to DMC.