Government MPs walk out of Parliament in protest against Speaker 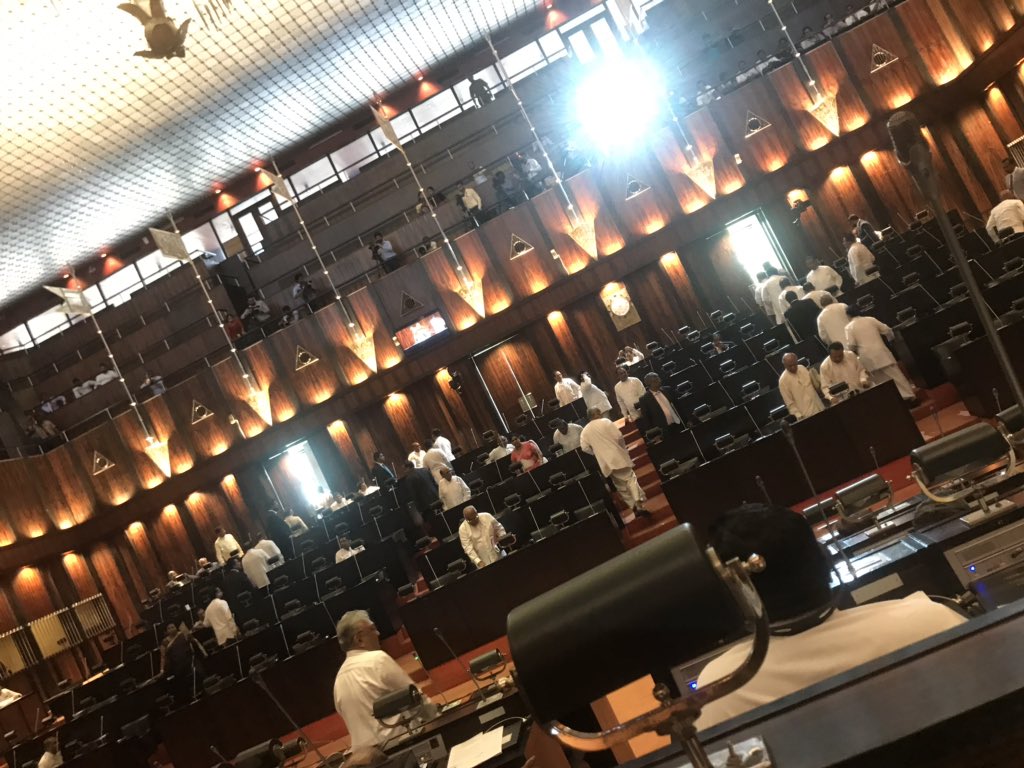 Government Parliament members walked out of Parliament today in protest over the actions of the Speaker.

The UPFA however objected to the nominations saying it wants seven members in the PSC.

The UPFA says it should have the majority in the PSC as it is in the Government.

As a result the UPFA attended the beginning of the Parliament session today and then staged a walk out.

September 15, 2019 byPubudu Chinthaka No Comments
The Parliamentary Select Committee (PSC) probing the 21 April attacks is to meet President Maithripala Sirisena tomorrow (16) to finalise matters regarding the latter’s appearance before the Committee