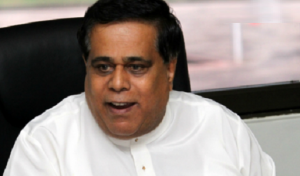 Minister of Justice, Human Rights and Legal Reforms Nimal Siripala De Silva has agreed to expedite the release of dead bodies from the city morgue within 24 hours, as a relief measure to the Muslim community.

The Minister made this statement following a meeting held with a Muslim delegation led by former parliamentarian Faiszer Mustapha on Wednesday(8).

The Minister also agreed to fill the existing vacancies for the posts of coroners and Judicial Medical Officers without delay to facilitate quick clearance of the dead bodies.

The delegation comprised of Leader of the Sri Lanka Muslim Council, N.M. Ameen, President of the Moors’ Islamic Cultural Home, (MICH) Omar Kamil and a group of Muslims scholars.

August 5, 2020 byTSM Web Desk No Comments
The SriLankan Embassy in Lebanon has said that two Sri Lankans have been reportedly injured in the Beirut Explosion.

October 14, 2019 byTSM Web Desk No Comments
More explosives have been recovered upon questioning of an ex-LTTE cadre who was arrested over the possession of explosives and weapons in his house in Kilinochchi.