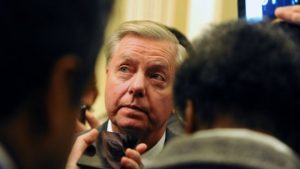 The chairman of the US Senate Judiciary Committee has vowed to get to the bottom of allegations that discussions were held in 2017 on removing President Donald Trump from office.

Senator Lindsey Graham pledged to issue subpoenas “if that’s what it takes”.

Mr Rosenstein has in the past denied discussing invoking the clause.

The 25th Amendment provides for the removal of a president if deemed unfit.

Mr Graham’s pledge comes after Mr McCabe appeared on the 60 Minutes show on CBS in the US on Sunday.

In the interview, Mr McCabe also said that:

The White House said Mr McCabe, who was fired last year for allegedly lying to government investigators, had “no credibility”. (BBC)

June 19, 2019 byRandev No Comments
Investigators probing the downing of a Malaysia Airlines jet in eastern Ukraine in 2014 will present new evidence later on Wednesday.