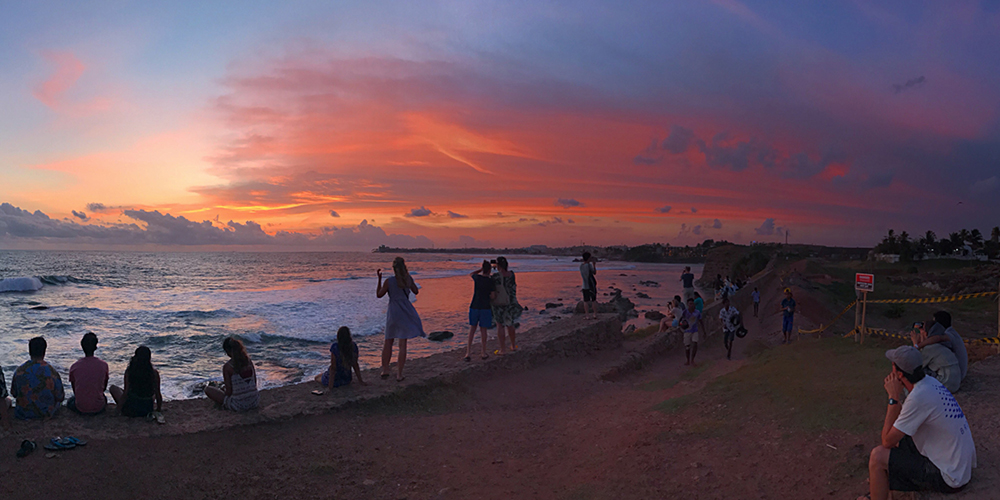 Guide to a day in Galle

One of the most popular sites of Sri Lanka, just 116 kilometres away from Colombo, is Galle – a UNESCO World Heritage Site and historical trading port that you can spend hours exploring. From classic colonial Dutch houses to magical mansions and museums, it’s a history lesson in itself, especially since it has been through three of our colonisers! So here’s a brief summary of it before we dive into the guide.

The name of the beautiful town comes from an altered version of the Sinhalese word “gala” which means cattle fold or posting place. Galle was where the Portuguese first landed in 1505 and named it “Point de Galle”. Some believe that the Portuguese adopted the Latin word “gallus” meaning rooster and took on the Sinhalese word for rock “gala”, therefore designing the coat of arms which was a rooster standing on a rocky perch. They began the construction of the famous Galle Fort. They left to Colombo for a short period before returning in 1588 after their base in Colombo had been attacked.

A few years later, they had begun to use the Fort as a prison due to increasing opposition. However, in 1640, the Dutch took over. They built a protestant church, commander’s residence, gun arsenal, and much more including living quarters, business structures, and public administration buildings during their reign. But of course, they also lost the Fort – to the British this time – in 1796 just after they had captured Colombo.

Let’s get into what you can do in Galle in a day!

There is a plethora of cute cafes and quirky shops as well as unique designer shops lining the streets of the fort. From The Three by TPV and Barefoot to small souvenir shops and quaint ice cream stops, you could pretty much go on your very own shopping spree there. Start off with a snack from Dumplings Cafe on Pedlar Street and go on down the road to pick up some souvenirs from the Stick No Bills Gallery on Church Street, and finish off with a cooling ice cream from Isle of Gelato back on Pedlar Street.

Get Wavy at Wijaya Beach

Once you finish up at the fort, you will most likely be sweating and in the mood for a good lunch and cooling swim. A bit further from the fort is a classic and mustvisit location – Wijaya Beach. If you are from Sri Lanka, you will most likely see someone you know there or someone you know would have been there the day before or is going the day after – it’s a small world. Their iconic pizzas definitely make the top 10 pizza list in Galle! Head into the beautiful blue ocean for a swim and you might even be able to catch a few turtles if they aren’t feeling too shy!

Galle has several hotels and restaurants that you can try out but this would be a general tour of the town, it’s a very popular route and is always fun. But do make sure you go while the ocean is in season, so you don’t miss out!

July 13, 2019 byRandev No Comments
Private Promises is an anthology of poems written over the span of 2 years detailing passionate, intense thoughts and emotions that cover a range of topics from marine pollution to societal inequality