Half a million construction jobs at risk

May 3, 2020 by Madhusha Thavapalakumar No Comments 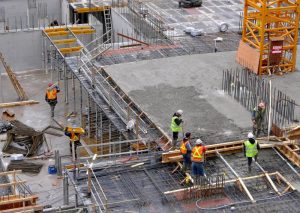 The Chamber of Construction Industry Sri Lanka (CCISL) warned that about half a million construction sector jobs would be at risk unless the Government promptly addresses issues that are pushing construction companies towards bankruptcy.

CCISL President Eng. Maj. Ranjith Gunatilleke noted that a financial crisis in the sector is imminent, mainly due to the ongoing pandemic, and that it would result in about 500,000 construction sector employees losing their jobs by July or August this year.

“Somewhere in July and August there will be a severe unemployment issue. There are 650,000 workers in the construction industry and if the issues are not addressed, there will obviously be massive job cuts,” Gunatilleke told The Sunday Morning Business last week.

In addition to this, the employment of graduates who will be passing out from universities this year would also be in doubt, given the state of the industry, Gunatilleke noted.

Even though the ongoing pandemic is the straw that broke the camel’s back, the sector’s financial struggles go back to 2018 due to a large amount of unpaid bills by the Government to contractors. These issues were exacerbated by the October crisis in 2018 and the Easter Sunday incidents last year that drove away foreign direct investments (FDIs), according to Gunatilleke.

Gunatilleke added that the Government’s “work from home” concept could not be applied to the construction sector as it is almost completely composed of physical work, apart from the trivial percentage of work that could be done inside office spaces by consultants and architects at the early stage of a project. Therefore, their work has come to a complete standstill this time around, unlike during the previous crisis and Easter attacks.

“There is no revenue coming in. Covid-19 effectively started in mid-March. April is a festive season and anyway, bottom line workers go home during this period. Workers were paid until 15 March as usual, but they did not get paid after that. Workers like architects, consultants, and quantity surveyors got paid, but casual workers did not get paid,” he added.

According to Gunatilleke, employers who were paid for April might be able to manage expenses until end-April but after that, they will also face financial difficulties.

“Over 90% of the industry is blue-collar workers. This percentage will be left empty pocketed, unless their employers give them a package without getting any work done from them. But that too is hard; no one can afford it apart from two to three big companies,” he added.

A letter detailing the prevailing issues in the industry and eight proposals to address them has been sent to President Gotabaya Rajapaksa, the Board of Investment (BOI), and the Central Bank of Sri Lanka (CBSL) by the Condominium Developers Authority of Sri Lanka (CDASL) last month, to rescue the construction sector from bankruptcy.

However, CDASL Chairman Suresh Rajendran told The Sunday Morning Business on Friday (1) that he is yet to hear from the Presidential Secretariat, the BOI, and the CBSL.

Gunatilleke said the immediate measures that should be taken to revive the sector and to ensure cash flow include the releasing or settling of dues by the Government and private sector for projects that have been completed months ago. It is learnt that the Government owes a whopping Rs. 400 billion to the construction sector.

Further, he added that the retention money held by the public and private sector should also be released at a time like this. Retention money refers to an amount held back from a payment made under a construction contract. It is generally held back to ensure that a contractor performs all of its obligations under the contract, and is then released either on practical completion or after the end of a Defects Notification Period (DNP).

Gunatilleke’s medium-term measures include expediting approval of the construction permit, which at the moment takes approximately four months to a year. He requests the cumbersome time-consuming process to be cut down to a period between 10 days and three weeks.

Further, the construction sector wants concession packages to be given to private sector investments and FDIs which are above $ 1 billion in value. The concession could be freeing them up from taxes such as the Port and Airport Development Levy (PAL) during the initial period of the project.

July 21, 2019 bythemorninglk No Comments
A Sri Lanka Tourism Development Authority (SLTDA) employee who was found guilty of several charges of malpractice and corruption through a formal investigation continues to be employed.

April 1, 2019 bythemorninglk No Comments
Despite a robust growth during the first half of the year, the local lubricant industry slowed down during the third quarter of 2018, followed by a steeper decline of 9% in the final quarter.