Held up by court cases 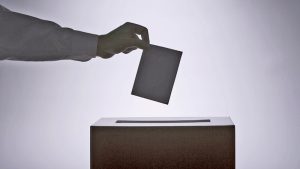 The provincial council (PC) elections, having been delayed for over a year now with the terms of some councils having expired several years ago, are yet to be announced, with two court cases being the deciding factor on when and how the elections would be held.

While the polls were delayed for various reasons following the adoption of the electoral system – prior to the local government elections in 2018 – political parties from both sides of the aisle criticised the new system, preventing PC polls from being conducted.

If polls were to be held in accordance with the new system, which is a mixture of the first-past-the-post method and the preferential representation method, various demarcations must be carried out by a government delimitation unit.

A report of the Delimitation Commission was to be presented to Parliament, which must pass it with a two-thirds majority for the contents of the report to become law, enabling PC elections to be held.

The delimitation report was presented to Parliament on 6 March 2018 by the then Minister of Provincial Councils and Local Government Faiszer Musthapha.

On 24 August 2018, 139 voted against the delimitation report while none voted in favour of it, effectively defeating the vote on the report.

Thereafter, on 28 August, a five-member review committee headed by Prime Minister Ranil Wickremesinghe was appointed to review the delimitation report and submit a separate report within a period of two months ending on 28 October 2018.

Nonetheless, up to date, no such report from the review committee has been released.

As a result, the process to even call for PC elections has come to a complete standstill.

“Both President Maithripala Sirisena and Prime Minister Ranil Wickremesinghe are responsible for this delay,” he said.

Hettiarachchi said that there were two practical options – one for the Parliament to implement, and the other before President Sirisena – to ensure PC elections were held as soon as possible.

From the side of the Parliament, the House could pass a fresh bill, making the newly adopted electoral system effective from a later date.

Election Secretariat Director General M.K. Saman Sri Rathnayake too said that it appeared the Government was intentionally dragging its feet on the matter of PC elections.

“It appears the Government has its own agendas and therefore, are intentionally delaying PC elections from being conducted.”

He said that the Election Secretariat was helpless to call for elections.

“Our hands are tied on this matter as we don’t have the power to call for elections until either the electoral system is changed to the previous system or the President gazettes the delimitation report presented to Parliament,” Rathnayake said.

Meanwhile, Hettiarachchi said: “If Parliament presents and passes a bill making the effective date of the new electoral system from say, the year 2020, then PC elections can be held under the previous system without the need for any delimitation report.”

The President, on the other hand, had the simple option of gazetting the delimitation report which was presented to Parliament.

In a recent statement to the media, Prime Minister Ranil Wickremesinghe stated that conducting PC elections would be delayed further as there were several pending court cases on the matter.

Referring to the statement, Rathnayake said that there were three cases before the Appeal Court and the Supreme Court.

“The cases demand that the judiciary give a ruling on what system the PC elections should be held under,” he said.

He said however, the rulings for the cases have been scheduled for 3 September.

“We hope the judiciary gives a verdict earlier than the scheduled date. I have been told that petitioners are to file a motion requesting the court give a verdict on an earlier date so that we can hold elections this year,” he added.

UPFA MP Vasudeva Nanayakkara said that individuals connected with the “Joint Opposition” had filed the cases before the judiciary.

“The cases were filed calling on the court to give a directive to hold elections in accordance with the old electoral system,” MP Nanayakkara said.

He said that the petitioners had made the argument that the laws pertaining to the new electoral system were incomplete.

He said the cases were still pending, and they would be taken up again in September.

Meanwhile, Elections Commission Chairman Mahinda Deshapriya said that the Commission was still doing all it could to ensure PC elections were held this year.

“We are still fighting to somehow hold provincial council elections. We haven’t given up the fight,” Deshapriya said.

He said that the Commission had requested President Maithripala Sirisena to gazette the delimitation report.

“We have asked the President to gazette the delimitation report as that is the quickest way to resolve this problem and hold PC elections. But we have not received a response from the President thus far.”

When The Sunday Morning inquired as to whether Deshapriya would follow through on his promise to resign from his portfolio if PC elections were not held this year, Deshapriya said: “You will have to wait and see.”

March 12 Movement: Candidates on one platform

September 29, 2019 byThe Sunday Morning No Comments
The civil society umbrella group “March 12 Movement” led by the People’s Action for Free and Fair Elections (PAFFREL) will hold an event next month to bring all presidential candidates onto one stage