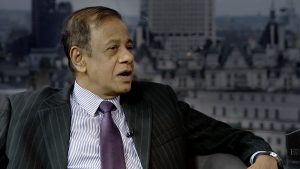 Former Defense Secretary Hemasiri Fernando has been admitted to the Intensive-Care Unit (ICU) of the Cardiology Unit at the National Hospital.

He was admitted to the hospital today (02) while he was expected to appear before the Criminal Investigation Department (CID) for questioning.

He further instructed the acting IGP to file this complaint and to produce the two individuals before courts the Attorney General Department stated.

September 3, 2019 byTSM Web Desk No Comments
The 68th anniversary of Sri Lanka Freedom Party (SLFP) is set to be celebrated this afternoon (03) at the Sugathadasa Stadium in Colombo.