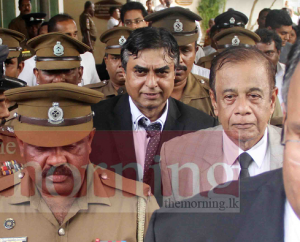 On the 19th of November, Jasundara, who was sent on compulsory leave, and Fernando, were further remanded until 3 December by Colombo Additional Magistrate Priyantha Liyanage.

The Attorney General (AG) had filed charges against Fernando and Jayasundara over the failure to prevent the Easter bombings.

January 23, 2020 byTSM Web Desk No Comments
The Sunday Morning has gained access to a set of copies of the Central Bank Forensic Audit reports.

February 5, 2020 byTSM Web Desk No Comments
Saman Rathnapriya was sworn- in as a new MP through the UNP National list before Speaker Karu Jayasuriya a shortwhile ago.