Hidden from tourists no more

October 12, 2019 by The Sunday Morning No Comments 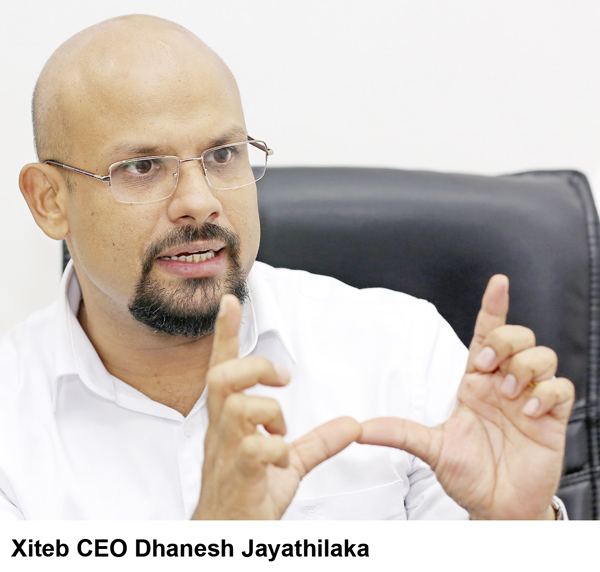 Despite the events of April, the island is set to welcome over two million tourists this year with its pristine beaches, diverse mountain ranges, and rich cultural legacy.

These natural assets have led tourism to being one of the country’s leading industries, with a contribution of $ 4.4 billion to Sri Lanka’s GDP in 2018. While Sri Lanka is home to several documented tourist destinations, with the most famous ones being Sigiriya Rock and the Temple of the Tooth Relic, there are still several undiscovered locations that hold the potential to be future tourist hotspots.

These locations are either known only by the locals of that area or are sometimes altogether untouched by man, even unlisted on Google Maps.

So how do you find such a location?

Ceylon Traveller is an app developed by Xiteb that helps tourists and tour agents discover new places in Sri Lanka that would otherwise be undocumented. 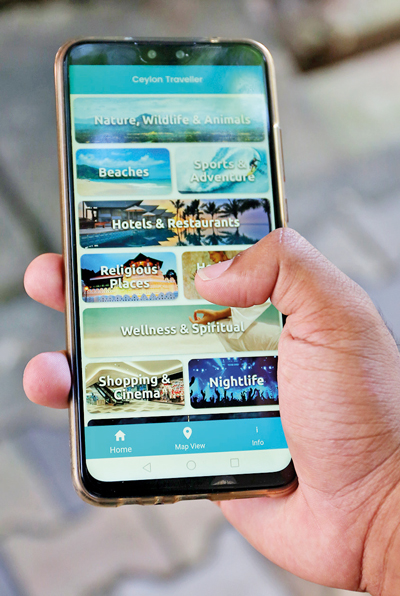 Xiteb CEO Dhanesh Jayathilaka stated that the app is a CSR project by the company to help promote the unique locations in Sri Lanka and add value to the country’s economy by attracting more tourists.

He also explained that now is the time for both Sri Lanka’s tourism industry and tour agencies to evolve and invest in new strategies incorporating a digitalised marketing mix to help develop the country’s tourist figured.

“The app helps tourist find both documented and undocumented locations in Sri Lanka, like Kumari Ella, which is not even listed on Google Maps.”

While international apps like Booking.com and TripAdvisor are very prominent in the tourism industry today, Jayathilaka stated that Ceylon Traveller will showcase far more, including in terms of niche areas, activities, and events that would otherwise be unavailable online.

“If you really look at it, those apps do not showcase certain niche areas or activities; for example, peraheras. Ceylon Traveller will showcase all of these things and will even post the times and venues of said events.”

Jayathilaka stated that being an avid traveller himself, his first idea was to develop an app that utilised augmented reality (AR) to showcase Sri Lanka’s wildlife, after failing to see the elusive Sri Lankan leopard.

“Research shows that people will be satisfied by being able to see an animal on AR, so I started looking into it.”

He explained that after researching the possibilities for AR in the tourism industry, the idea for Ceylon Traveller materialised.

The app has 12 main categories tourists can choose from including nature, wildlife and animals, beaches, sports and adventure, hotels and restaurants, religious places, heritage and culture, wellness and spiritual, shopping and cinema, nightlife, and building and architecture. Each of these main categories is further divided into subcategories – for example, lagoons and bays under the beaches category – in order to further customise a traveller’s experience.

The app is also directly connected to Google Maps to help tourists find listed locations and for unlisted locations, and puts the relevant addresses up.

According to Jayathilaka, there are still a lot more features to be added to the app, including a search bar, a tourist information centre that hosts information on aspects such as embassies and cab services, and an AR component to enhance user experience.

However, he explained that this app does not look to replace travel agents in Sri Lanka, and said that it can instead be used by them as a tool that increases their efficiency. He stated that because of this, Xiteb has already partnered with some travel agents in the country. Speaking of the challenges Xiteb faced when launching the app, Jayathilaka stated that finding these hidden destinations was their number one challenge. This was due to the immense lack of information on such places.

“Finding these unique places was one of our toughest challenges because we mostly had to go deep into jungles, cross rivers, and take boat rides to find them.”

He explained that the locals in some areas were not too keen on publicising certain locations as well due to concerns over preservation.

Jayathilaka stated that another challenge they faced was the lack of interest from local investors. He stated that during the launch of the app, CNN International news anchor Richard Quest and other foreign dignitaries showed a lot more interest and appreciation for this innovation in comparison to local investors.

“Innovations are rarely recognised by local investors. This is because they focus on short-term projects rather than long-term ones that would be beneficial in the long run.”

However, he stated that Ceylon Traveller got a very positive response when it was presented to Minister of Tourism Development, Wildlife, and Christian Religious Affairs John Amaratunga, and Sri Lanka Tourism Promotion Bureau (SLTPB) Chairman Kishu Gomes.

With an initial investment of Rs. 5.5 million, Jayathilaka stated that they hope to earn revenue through push notifications and advertising.

The app is currently available free to download on both Android and iOS devices and has over 700 downloads with extremely positive responses. Xiteb is also set to launch a similar app for Vatican City and certain parts of India.

He explained that in order to move the app forward, Xiteb is looking to partner with other companies or interested parties in order release new features such as AR. With these added features, many of Sri Lanka’s hidden destinations are sure to become tourist attractions soon.

June 17, 2019 bythemorninglk No Comments
The Government signed Statements of Corporate Intent (SCIs) with 10 selected state-owned enterprises (SOEs) on 10 June at 5 p.m. at the Randora Auditorium, Ministry of Finance.

June 3, 2019 byCharindra No Comments
The Ceylon Chamber of Commerce has requested Defence Secretary Gen. Shantha Kottegoda to investigate all who are accused of being involved in terrorist activities irrespective of their positions.