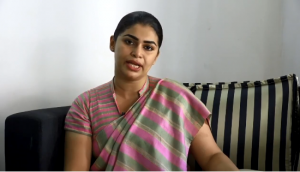 UNP Parliamentarian Hirunika Premachandra today claimed that one out of the two leaked audios has been doctored to ruin her reputation.

Premachandra in a video released today said the audio was doctored by those close to Duminda Silva who was sentenced to death for ordering the killings of four individuals including Hirunika’s father Bharatha Lakshman Premachandra.

Premachandra said she was targeted by a certain media channel close to Silva.

“This media channel is trying to create a notion that Silva was given the death sentence in vain. They are trying to ruin my reputation so the public will lose confidence in me,” Premachandra pointed out.

She further highlighted that legal action will be taken against the media organisations behind the release of the doctored audio.

Premachandra also noted that the audios were released to divert the public from real issues in the country.

July 1, 2020 byTSM Web Desk No Comments
The Police are to conduct special operations on a daily basis, to observe and take down any political propaganda materials such as adverts, posters, and cutouts displayed in public spaces in violation

October 23, 2020 byCharindra No Comments
Hemas Hospital Thalawathugoda in a statement to media said that a COVID-19 patient who visited the Emergency Treatment Unit (ETU) of the Hospital on 19th October 2020.