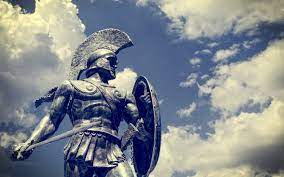 History films you must watch at some point

School days are returning and so is the need to make sure you keep your brain sharp and packed with lots of useful information. For the history students out there, you will find that watching films and documentaries are one of the greatest ways to go about studying general history. I will disregard the topic of documentaries for now because that may not be all too appealing at first glance. However, there are certainly a myriad of films around historical events which prove to be extremely interesting, whether you are checking them out for studying purposes or just for entertainment.

Here is a list of five of my personal favourites you should definitely check out if you have not already. Keep in mind, not every film on this list might necessarily have complete historical accuracy, so take each film with a pinch of salt.

Mel Gibson is known for directing and starring in various history films over the years and they all have varying degrees of historical accuracy depending on which film you pick up. One in particular that I really enjoyed was when he starred in The Patriot, a film based on the iconic American Revolutionary War where it follows the story of the Thirteen Colonies rising up to rebel against the Crown and her Empires in 1775. While it may focus on the action a little too much at times, it is certainly nothing short of an entertaining film that is also packed with a memorable soundtrack to complement it.

Dunkirk depicts the very real struggles of the Allied Forces as they desperately try to evacuate the town of Dunkirk from the advancing German Army in World War II. Dunkirk is a special film that has moved many around the world, most notably the veterans who lived to tell the tale of the horrors in Dunkirk. A film that focuses less on the action and more on the psychological struggles of various Allied soldiers, Dunkirk is a suspenseful film with a terrifying soundtrack that will keep you on the edge of your seat throughout.

Another film featuring Mel Gibson, but this time as the director, Hacksaw Ridge is an emotional rollercoaster which depicts the true story of Private First-Class Desmond Doss of the US Army. A film about a young man who refuses to touch a gun as he does not believe in violence due to his religious values, his story about how he overcomes the greatest of dangers in order to save lives will move any and all who have the pleasure of watching it.

Here is a film that will really be useful to those of you who might be studying the “Tudor Period” in school right now, as Mary Queen of Scots depicts the story of Mary I who was locked in a bitter feud with her cousin Queen Elizabeth I over the British throne. The production value of this film is certainly up there and it stars the iconic duo of Saoirse Ronan and Margot Robbie, a pair of esteemed actors who absolutely nail the roles brilliantly of the two great monarchs, hence why Mary Queen of Scots is a drama-filled film you definitely need to check out, if you aim to brush up your knowledge on the Tudor Period.

It goes without saying that this film is definitely the most iconic and memorable history film I have ever watched. It was so iconic that I personally do not know if I will ever find a film that will reach the same calibre of All Quiet on the Western Front, a film which follows the personal journey of a German soldier during World War I. The movie truly is a cinematic masterpiece on every level, as it showcases a very real and very soul-crushing depiction of the horrors that were present during the Great War. And do not just take it from me, because All Quiet on the Western Front is one of the most widely acclaimed films of all time. It is so iconic that it was even selected to be preserved in the National Film Registry in the US Library of Congress. If there is ever a film that will serve as a true eye-opener to cinematic brilliance in the 20th Century, this would be that film in my opinion.

May 3, 2020 byPavani Jayasinghe Munagamage No Comments
What picture pops up in your mind when you hear the term “psychotherapy”? Perhaps it’s that of a client on a couch seated opposite the therapist in a comfortable, well-lit room with a plant in a corne

Drama beyond the Classroom by Somalatha Subasinghe Play House

March 1, 2020 byKusumanjalee Thilakarathna No Comments
The Lanka Children’s and Youth Theatre Foundation (LCYTF), popularly known as the Somalatha Subasinghe Play House, is set to commence its latest programme, “Drama Beyond the Classroom” on 5 March 2020