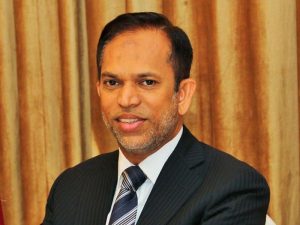 Former Easter Province Governor M. L. A. M Hizbullah who arrived at the Terrorist Investigations Divison (TID) to record a statement today (15) has left the complex after more than eight hours.

He left after having given his statement to the TID with regards to a suspicious meeting with some Arab nationals a day after the Easter Sunday attacks.

It was reported that Hizbullah met with these individuals at a hotel in his Province of governance.

The former Governor was summoned before the TID today to give his statement with regards to this incident.

September 22, 2019 byThe Sunday Morning No Comments
The Criminal Investigation Department (CID) is to seek the assistance of the US Federal Bureau of Investigation (FBI) in the probe over the abduction and assault of former Deputy Editor Keith Noyahr,