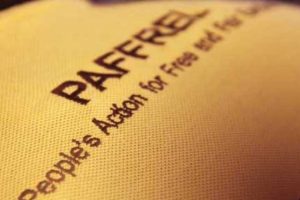 The People’s Action for Free and Fair Election (PAFFREL) organization has requested that the Presidential Election and the Provincial Council (PC) Elections be held on the same day.

The PAFFREL Organization made this request through a letter addressed to the President, Prime Minister and Speaker of the Parliament.

PAFFREL have urged President Maithripala Sirisena, Prime Minister Ranil  Wickremesinghe and Speaker Of Parliament Karu Jayasuriya to amend the law relating to the PC polls, or to advance the date on which the present law is enacted, so as to enable both elections to be held on the same day.

The organization had also quoted the Chairman of the Elections Commission, Mahinda Deshapriya who has said that Rs 2 billion worth public money could be saved if both elections were held on the same day.

The organization further points out that a new President should be elected by holding the Presidential election before 9th December 2019.

As a result, PAFFREL has called on the President, the Prime Minister, and the Speaker to provide the necessary leadership to pass legislative amendments in Parliament to hold the two elections simultaneously.

Peliyagoda Fish Market to be closed over COVID-19 risk