Hotels to open for locals before foreigners 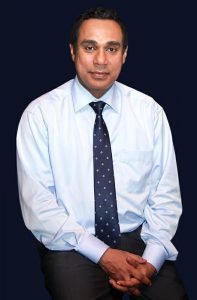 The Sri Lankan tourism industry will reopen its hotels to local tourists before it opens to international tourists, according to The Hotels Association of Sri Lanka (THASL) President Sanath Ukwatte.

Speaking to The Sunday Morning Business last week about the Government’s plans to reopen the country’s tourism in July, Ukwatte explained that the industry will have to first open up to the local market to help the hotels, especially with regard to resorts and hotels in Colombo, which usually depend on locals to patronise their restaurants and use the properties for weddings and other functions.

“We have to first start with the locals and then see how the Government is going to allow tourists to come into the country. Even if the Government opens it up for international markets in July, those tourists will still have to be quarantined for two weeks, as suggested by the health authorities,” Ukwatte noted.

He stated that the hotel industry is waiting for the Government to finalise on the decision to reopen in July, so that they can know their parameters and see how they can operate.

“We want to reopen; we cannot close down forever because we have to conduct maintenance procedures in our hotels, run the machinery, and pay the salaries of our employees,” he said.

During an online forum organised by the Sri Lanka Tourism Alliance on 15 May, Ukwatte stated that despite the Government looking to reopen tourism in July, international tourists are only expected to start returning to the country in late December this year.

“Late December onwards we will get quite a large number of inquiries from tourists, which we will hopefully be able to turn into bookings,” Ukwatte stated.

In an interview with Al-Jazeera on 11 May, Sri Lanka Tourism Development Authority (SLTDA) Chairperson Kimarli Fernando stated that the Government is sorting out the Covid-19 protocol to welcome guests from July onwards, and has attracted the interest of European and high-end Indian travellers.

She explained that the industry has seen a lot of inquiries for new bookings for the months of July and August, coming in from travel agents in Germany and India. She attributed this interest to the country’s low number of Covid-19 cases and casualties, making it a preferred destination for high-end holidaymakers.

“Our island is perfect post Covid simply because of the pristine beaches and everything else we have to offer. So we are profiling ourselves and we have got the Covid protocol sorted, and we are seeing a lot of traction and have already received inquiries for bookings,” Fernando noted.