September 28, 2020 by Skandha Gunasekara No Comments 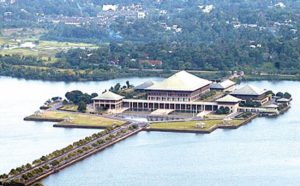 The Parliamentary Secretariat is to rent a Central Bank of Sri Lanka (CBSL)-owned building as a residence to accommodate a number of new parliamentarians.

Secretary General of Parliament Dhammika Dasanayake said they were looking at a location close to the Parliamentary Complex.

“We have identified a building of the Central Bank situated in Rajagiriya and we hope to rent it out to house some new MPs,” he said.

He said there was a shortage of residences at the MPs’ headquarters in Madiwela, as some former MPs were yet to vacate their official residences.

“Around 20-25 former MPs have to vacate their official residences. In addition, a number of the houses at the MPs’ residential complex in Madiwela need to undergo repairs and refurbishment,” he said, noting that the CBSL building would be used as a temporary measure.

However, it is learnt that a total of around 100 official residences occupied by former parliamentarians have to be vacated to make space for the new MPs.

February 13, 2019 byEaswaran No Comments
The Police fired tear gas and water cannons to disperse a protest in Fort today.

September 25, 2020 bythemorningeditor1 liberty No Comments
Former Arachchikattuwa Pradeshiya Sabha (PS) Chairman Jagath Samantha, who was arrested and remanded over the clearing of land at the Anawilundawa Wetland Sanctuary, was granted bail yesterday (24).