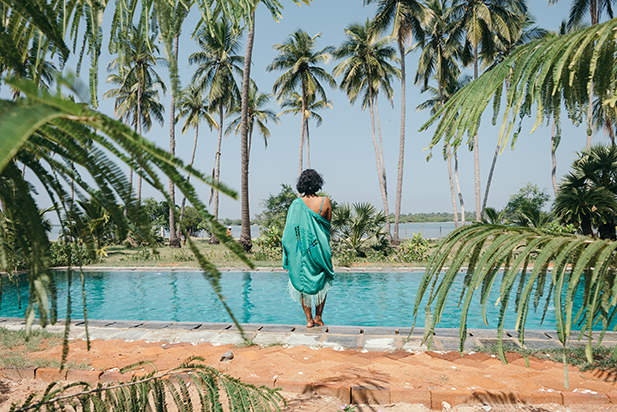 How our island nation got back on track, the Sri Lankan way

Right after the unfortunate Easter Sunday attacks that engulfed our entire island nation with fear
and uncertainty, forgotten for 10 years, a few leading and lesser known luxury travel specialists
came together for a one-of-a-kind campaign called The Island Spirit. The first round of this
promotional campaign, was held from 13 th to 28th July this year was a collaboration between The
Island Story, a relatively new travel company with a fresh take on travel, Botanik Rooftop Bar &amp;
Bistro, Wild &amp; Co., The Rainforest Eco Lodge, Why House, Haritha Properties, Mosvold Villa,
Manor House Concepts, Jetwing Villa Collection and Cantaloupe Hotels. Sri Lanka Tourism
Alliance and Positive Sri Lanka were also event partners of this promotional campaign. One-night
stays were given to 10 lucky winners both, at the first-ever boutique hotel and villa pop-up and
dine-in raffle draw at Botanik from 13 to 28 July 2019, and through Pulse Media, the official online
media partner promotional campaign, was held from the 13th to 28th of July last year. . TNL
Radio Network (Pvt.) Ltd. was the official radio partner. Many influencers and travel bloggers
such as  Tarja de Silva (@tarjadesilva), Shenelle Rodrigo ( @sheneller), and Shanelle de
Almeida ( @the_mind_manager), who came to Botanik during this period, helped make this
campaign a fruitful one.

“The objective of The Island Spirit held last July was to not only increase awareness about the
affordable resident offers of boutique hotels that are generally unaffordable to locals, but also to
encourage them to be ambassadors of the lesser known escapes and the rest of our beautiful
paradise island through Instagram,” said Sugala Senanayake of The Island Story. In the months
from August to October, the delighted winners of this dine-in promotion and digital giveaway
travelled around the island and became travel bloggers overnight. Following their travels, The
Island Story received an increase in interest and inquiries for these resident offers and were
indeed pleased with the outcome. One-night stays were given to 05 lucky winners, at Sri
Lanka&#39;s first ever villa pop-up and dine-in raffle draw for locals held at Botanik and another
05 stays were given to winners digitally through Pulse Media, the official online media
partner for the first round of this campaign,from 13th to 28th July last year.

In keeping with this positive vibe, The Island Story got together with more of Sri Lanka’s best-
kept surreal escapes and restaurants, including Upali’s Colombo, Living Heritage Koslanda, Milk
&amp; Honey, C Beyond Nilaveli, Kiku Colombo, and Shirohana Garden Villas for the final round of
The Island Sprit’s #DineEscapeRebuild Promotion which was purely a digital promotion done
with Pulse Media, the official online media partner for this campaign.

In conversation with us, the hotel, villa and restaurant owners in this campaign said they were
humbled to be a part of such an initiative and are very positive about the months and new
decade to come.

October 23, 2019 byThe Sunday Morning No Comments
This week, we spoke to a very familiar face in the fashion industry – Tymeron Huban Carvalho. Carvalho is a designer by profession and a model by passion.