Human rights issues of Muslims have been ignored: Hassan Ali 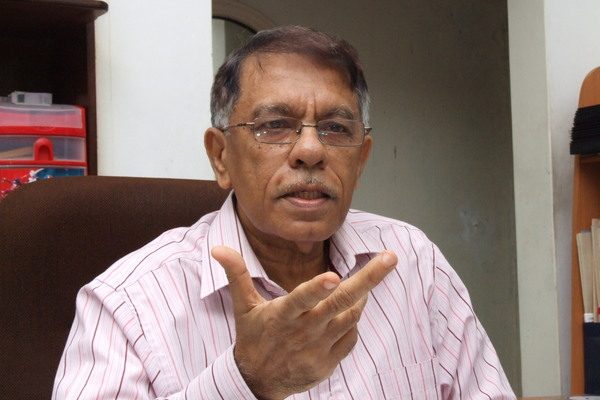 While most of the focus is on the human rights concerns of the Tamils, the Muslim community in Sri Lanka, particularly in the East, feels their human rights issues are being ignored.

Speaking to The Sunday Morning, United People’s Alliance (UPA) Secretary General Hassan Ali said that the human rights issue in Sri Lanka must be resolved with foreign assistance. He said that President Maithripala Sirisena was taking the wrong track by attempting to protect people accused of human rights abuses during the war.

Q: What is your position on attempts being taken by the President to protect military officers accused of human rights abuses?
A: Sri Lanka has a very bad reputation. We could have earned a good reputation from the outside world by addressing this issue properly; but here they have spoilt their name. Now, the outside world will be suspicious.
Q; As a Muslim political party, do you think the Muslims have been given step-motherly treatment?
A: The Muslims are facing several issues – one of the main issues is a land issue in Ampara. Muslims in Ampara have already lost more than 30,000 acres of land. Before the war, we owned these lands and were cultivating these lands; but now those lands are not with us. These lands are not with us or the LTTE. These lands have been taken over by government departments like the Irrigation Department, Wildlife Department, Archaeological Department, Sugar Corporation, and even the security forces. They have grabbed our lands.
We, not just the Eastern Province Muslims but the whole Muslim community, have been asking for an independent land commission to be appointed to solve our problems, exclusively – because these problems have been going on for more than three decades.
When I was the State Minister (in 2015), I gave a proposal to Prime Minister Ranil Wickremesinghe to address the issues of the Muslims and he promised to implement it; yet there is a delay and I am not sure why there is one.
So like the human rights issue, the land issue is a big problem for the Muslims.

Q: So do you think devolution of powers to the provinces is one way of ensuring that the problems of the Muslims in the Eastern Province are resolved?
A: The issue here is that our voices are not been heard. My political party is a new political party. We do not have representation in Parliament. The Government is not listening to us but only elected representatives in Parliament.

Q: But your political party is working with the Minister of Industry and Commerce Rishad Bathiudeen. So what is he doing to ensure these issues are resolved?
A: Yes, we are working with him. We formed an alliance with his party and all are part of the United People’s Alliance. Rishad is focused mostly on issues faced by the Muslims in the North, displaced Muslims, and also the issue in Wilpattu: so he is working on that. The issues in the East are different. After we formed the new alliance, we have an agreement that we will address the issues in the East as well. We are still a young alliance. So before the next election we hope to have things in place to place before the authorities.

Q: So there is no chance of your alliance working with the Sri Lanka Muslim Congress (SLMC) to resolve the issues faced by the Muslims, especially since you were part of the SLMC earlier?
A: Well the SLMC is not the same political party that was there when M. H. M. Ashraff was the Party Leader. They have changed the party constitution completely. The current SLMC constitution ensures Rauff Hakeem will be the lifetime Leader of the SLMC. He is also the only Cabinet Minister, but we gave him the vote. He will not allow anyone else in the SLMC to have a Cabinet post.
We will issue an open invitation to all political parties and civil society members to join us at the next elections.

Murderer on parole hacked to death

July 29, 2019 byRandev No Comments
A double murder convict has been hacked to death by a group of people in Kosgama last afternoon (28).