In conversation with the WNPS Conservation Ambassadors

‘If we go on like this, we’re going to have nothing left in the next 25 years’

The Wildlife and Nature Protection Society (WNPS) is one of Sri Lanka’s most eminent conservation organisations with a history going back over a century. The WNPS is the third oldest nature protection society in the world and works to conserve nature in all its forms, from the country’s rich wildlife and plant life to all its natural habitats, including landscapes and seascapes.

While Sri Lanka is an idyllic paradise in many ways, we do face several issues with wildlife and conservation. Sri Lanka has one of the highest recorded rates of primary forest destruction in the world and has lost its closed-canopy forest cover from about 84% in 1881 to about 26.6% in 2010 due to the conversion of forests to other types of land use, such as human settlements, plantation crops, and agricultural activities. Human-wildlife conflict involving some of Sri Lanka’s most iconic and endangered wildlife species, such as elephants and leopards, is rapidly escalating, and extreme weather conditions, such as extended droughts and monsoons, have led to increased incidence of flooding and landslides.

Conservationists, activists, and environmentalists are on a never-ending protest against the rampant destruction of Sri Lanka’s precious natural heritage, which appears to go on unabated regardless of the Covid-19 pandemic. Sadly, the environment seems to be falling lower and lower in the country’s priority list.

It is now more important than ever to protect Sri Lanka’s environment and rich biodiversity. The WNPS Conservation Ambassadors have been carefully chosen for their esteemed reputations in their chosen fields but also because of their passion for environmental protection and stability. 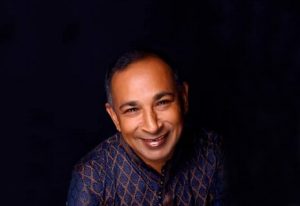 “It’s a challenge because there are enough laws in the country regarding the environment, but they are not being executed” WNPS President Sriyan De Silva Wijeyeratne

WNPS President Sriyan De Silva Wijeyeratne shared that now is a time of hope. “There is quite a lot in Sri Lanka worth fighting to preserve. It is not a lost cause by any means. We have received support from our Conservation Ambassadors, people who have won the respect of normal people in Sri Lanka because of who they are and are calling on all the different parties and people in the country to do their bit.”

This latest campaign by the WNPS calls on the voices of Mahela Jayawardene, Jayanthi Kuru-Utumpala, Johann Peries, and Dr. Adam Flamer-Caldera to add to the call for conservation and mindful environmental practice and help the cause build more momentum.

The environment and the ecological impact of our day-to-day activities is not something on the minds of most people. The reasons for this are various. 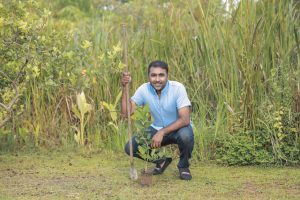 “It’s not that people don’t want to be mindful of the environment, but they just don’t have the commitment to it. It doesn’t happen just here, but all over the world” Mahela Jayawardene

Mahela Jayawardene felt that this was in part because of the way modern lifestyles have developed. “With the way people have structured their day-to-day lives with work, kids, and other commitments, keeping the environment clean and protecting wildlife often becomes a low priority. It’s not that people don’t want to be mindful of the environment, but they just don’t have the commitment to it. It doesn’t happen just here, but all over the world.”

Wijeyeratne commented that the recent Budget announcement was encouraging because it shows a step in the right direction, while noting, however, that we don’t have any encouraging measures of national significance for the environment in recent years. “It’s a challenge because there are enough laws in the country regarding the environment, but they are not being executed,” Wijeyeratne said, adding that recent cases like proposed legislation to take over small state forests can have devastating impacts on the country without the right checks and balances in place. 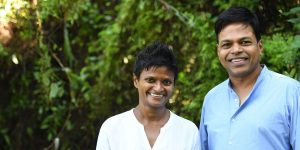 Johann Peries added that politics adds another layer to the lax attitude of the public and the State when it comes to the environment. “Everything is politicised. Everyone looks for a benefit and to grab something out of any opportunity. People have lost interest. There is also a lack of understanding and no expert advice being sought,” Peries said, adding: “So many people are working so tirelessly but their voices are not heard.” Citing the example of the recent decision approved by the Government to clear 9,000 hectares of land for development reasons, Peries said that the Government should be tying up with experts in order to preserve these natural habitats and look at the land for development. “If we go on like this, we’re going to have nothing left in the next 25 years. We need to take a step and do something about this now.”

The WNPS Conservation Ambassadors together called for a more conscious and sustainable future, saying that we need to educate people, both young and old, on the impacts that our activities can have on Sri Lanka’s biodiversity and environment.

“It’s important to respect nature and respect wildlife,” Kuru-Utumpala said. “Plant a tree. Educate yourself and your children about the critical role the environment plays in our own survival. Destroying nature is the same as destroying ourselves and future generations.”

Jayawardene also stressed the importance of education, noting: “For any country, the most important thing is education. I’m a huge believer in educating the younger generation. Not just in terms of books but everything as a whole – teaching values, commitment, and giving importance to everything around you. We need to focus on putting out a new younger generation each year who understands these things. These habits become much harder to teach and promote later in life. We must start young.”

Peries shared that a sense of community ownership needs to be instilled. “There’s a lot of education needed. We need to educate the public and make them understand that this is all ours. We need to take a bit of pride and look around and appreciate the beauty of our natural resources. We need to see how we can develop and protect this for future generations, or in a few generations, we will have nothing to show. I appeal to everyone to have that sense of ownership and loyalty towards our country and nation and protect this great treasure.”

The WNPS Conservation Ambassadors also spoke about the importance of controlling what can be controlled as far as possible and making an individual impact that can contribute to the larger picture.

With pollution, for example, Kuru-Utumpala explained that while a sustained effort by everyone is needed, there are things that can be done at an individual level as well like separating your own garbage, avoiding single-use plastics, being mindful of not dumping rubbish haphazardly, cleaning beaches and hiking routes in our area, and so on. “In addition to this, the Government and the private sector also have a responsibility to lead the way and ensure a zero-tolerance policy to environmental pollution as development projects continue to be implemented,” Kuru-Utumpala shared.

How people can get involved

Preserving our planet is no small feat, and it is truly an all-hands-on-deck exercise. The WNPS, along with its Conversation Ambassadors, is adding their voices, their time, and their resources to fighting for a stronger, cleaner, and more beautiful world. 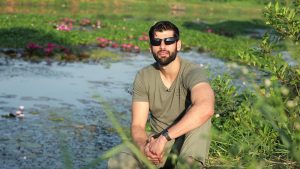 “Sri Lanka’s most valuable resource is its wildlife…Now Sri Lanka’s youth can get involved with the WNPS Youth Wing, which is teaching our kids the vital importance of protecting our wildlife” Dr. Adam Flamer-Caldera

“The WNPS has a number of initiatives,” Wijeyaratne explained, adding: “Our work happens primarily through our subcommittees. We have people working on big cats, on marine environments, on human-elephant conflict, and on natural conservation, to name a few. Different people volunteer their time and energy into these committees. We also do a number of awareness activities and have a massive youth movement spread across the country and we’re galvanising young people to create greater awareness. This is possible thanks to our corporate sponsors who generously support our cause. We also do lots of lectures, seminars, and publications, for which we really appreciate people donating time and money to help get it together and get funding.”

A lot of hope is placed on the future and the younger generation who is set to be the people of the future. Dr. Adam Flamer-Caldera noted in the launch press statement: “Sri Lanka’s most valuable resource is its wildlife. I was fortunate enough to grow up in an environment where I was exposed to wildlife and the importance of its conservation from a young age. Now Sri Lanka’s youth can get involved with the WNPS Youth Wing, which is teaching our kids the vital importance of protecting our wildlife.”

March 15, 2020 bythemorninglk No Comments
Its loose translation presaging “heavy with mist”, the Dumbara Range or Knuckles Mountain Range boasts a hub of thriving ecosystems enriched with its endemic biodiversity.