Illegal firearms on the rise 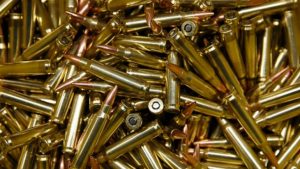 In the immediate aftermath of the recent shootings at two mosques in Christchurch, New Zealand, the whole world’s attention is now on gun laws.

Unlike some countries, Sri Lanka doesn’t have a free gun culture and strict laws are applicable to those who obtain guns with proper licenses.
However, serious concerns have been raised over the number of illegal firearms circulating in the market.

Law enforcement authorities state they don’t have a count of the number of illegal firearms used in the country since those firearms entered the market through illegal means.

The Department of Police conducts frequent raids to apprehend individuals who possess firearms without valid licenses.

Illegal firearms and drug trafficking are two serious issues the country has had to face after the end of the war. However, law experts blame local politicians for protecting criminals and cite that as the main reason law enforcement authorities are prevented from initiating proper action in controlling the illegal firearm trade.

Very recently, the Special Task Force (STF) detected an arms cache belonging to drug kingpin Madush Lakshitha aka. Makandure Madush, who is currently in the custody of Dubai Police.

Among the weapons seized by the STF from his safe house in Rawatawatte on 11 March were a T-56 assault rifle, two pistols, 2,803 rounds of T-56 ammunition, and 12 FG-type bullets. As much as 177 kg of heroin was also seized.

In another incident this year, a suspect was arrested in the Kudawella area in Tangalle over the possession of a foreign-manufactured revolver and a stock of ammunition by officials of the Tangalle Police based on a tip-off they received.

As a measure to eradicate the circulation of illegal firearms in the country, in February, the Ministry of Defence conducted a survey to count the number of pistols and revolvers obtained by various parties for personal reasons.

The survey was to take into account 12-gauge rifles as well as repeater pistols issued to security firms. The objective of the survey was to determine if the firearms’ owners have the necessary paperwork, licences, and serial numbers for the weapons.

Operations to apprehend unlicensed firearms continue and action will be taken against individuals in possession of such firearms under the Firearms Ordinance.

State Minister of Defence Ruwan Wijewardene told The Sunday Morning that the Ministry together with the tri-forces and Police had discussed the issue of illegal firearms and decided to recall all licenses.

“There is some concern that those who bought firearms in the past had now sold them to others. We have recalled the licences so that those who wish to operate their firearms have to come forward and if they are not in the list of those who were licensed, they will have to face the Police,” Wijewardene said.

“The biggest issue we face, in my opinion, is the availability of firearms just after the war. I think there were some political parties in the North that kept firearms during that time. And after the end of the war, they had sold those firearms, causing it to enter the black market. Organisations then got hold of those firearms.

“These are grave concerns, ones that we are definitely looking into. There will be a programme on that as well,” he added.

According to the Permanent Representative of Sri Lanka to the United Nations in New York Dr. Rohan Perera, the banned terrorist outfit in Sri Lanka – the LTTE – had made ample use of the easy global access to small arms and light weapons, to procure and use such weapons for their deadly activities.

The Government of Sri Lanka had, since the end of the conflict, uncovered the extensive arsenal the terrorists had acquired over the years, as well as their transnational networks that facilitated the illicit transfer of small arms and light weapons.

Last year, Dr. Perera, addressing the third UN Conference to review progress made in the implementation of the Programme of Action to prevent, combat, and eradicate the illicit trade in small arms and light weapons in all its aspects, said the vast stockpile of weapons recovered from these groups during and following the end of the conflict bore testimony to the ease with which terrorists could procure such weapons globally and reiterates the urgent need to eliminate this illicit trade through enhanced international cooperation.

Soon after the New Zealand incident which raised a number of questions in the international arena regarding the status of gun control laws, a simple question comes to the minds of every citizen in Sri Lanka too: “Do we have adequate gun control laws?”

Former President of the Bar Association of Sri Lanka (BASL) and leading criminal law practitioner Attorney-at-Law U.R. De Silva said: “New Zealand or other countries didn’t have strict laws and now they are considering tightening the laws against gun control. But in Sri Lanka, from the beginning, we have had proper legislation. New amendments to the Firearms Ordinance clearly stated that no person could keep guns in their possession. The provisions are there, but the Police are not enforcing them.”

He told The Sunday Morning that most of the illegal firearms in Sri Lanka remained in circulation due to the backing of some politicians.
“We are not in a position to do anything because of some politicians. There are laws prohibiting people from keeping guns in their possession. Most of the weapons they used in criminal activities are illegal. There are no licenses, but at the moment, the laws are there,” he added.

Sri Lanka’s national legislation that deals with Small Arms and Light Weapons (SALW) comes under the Firearms Ordinance No.33 of 1916, a pre-independence enactment, and subsequent amendments to it, such as Firearms (Amendment) Act No. 22 of 1996, which came into force on 1 January 1997. Furthermore, the Explosives Act and the Offensive Weapons Act also provide appropriate legislation in dealing with SALW. The national legislation of Sri Lanka deals with a number of aspects such as importation, manufacture, repair, sale, transfer, and possession of guns.

In Sri Lanka, the importation, manufacture, repair, sale, transfer, possession, and use of SALW can only take place subject to the licenses and permits provided for that purpose by the relevant authorities. Even though these laws exist, Sri Lanka does not manufacture SALW. A major concern is the illicit flow of these arms into the country.

August 20, 2018 byEaswaran No Comments
There are more Sri Lankans than Chinese involved in the Chinese funded railway project linking Matara and Kataragama, officials involved in the project told The Morning.