On Monday morning, in the ramshackle suburb of Al-Asif Square in the southern Pakistani port city of Karachi, local headteacher Syed Mustafa was organising a party. The night before, the newly elected prime minister, Imran Khan had promised on national television to grant citizenship to the Pakistani-born children of the country’s roughly 2.5 million Afghan refugees. Mustafa set out the sweets while one of his colleagues put up a large Pakistani flag. 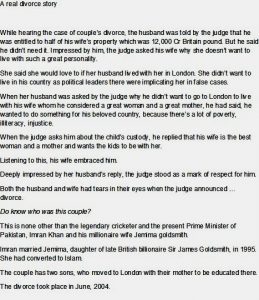 But the celebrations were brief. On Tuesday, after strong push-back by nationalists, the military and his own coalition partners, the prime minister U-turned. “No decision had been made” on citizenship, Khan said in a speech to parliament.

As locals sought Mustafa out to ask where they could get Pakistani ID cards for their children, it fell to the 43-year-old to inform them that the situation had changed: their children would still be shut out of access to public healthcare, schools and formal employment.

The reversal reflects an unsteady first month in power for Pakistan Tehreek-e-Insaf (PTI), the party Khan founded in 1996.

“The (good) things that stand out,” said Sehar Tariq from the US Institute for Peace, “seem to be reversed the next day”.

The celebrity cricketer turned politician began life in office by conspicuously shunning the trappings of state, promising to turn the opulent prime minister’s house into a university and trimming the motorcade afforded to his predecessors. The move looked good. As promised during his campaign, personal austerity was going to feature high on Khan’s agenda. These efforts were undermined however by his near-daily helicopter commute from a personal estate in the hills of Islamabad. Information secretary Fawad Chaudhry drew guffaws by suggesting it cost 50 rupees a kilometre to fly the helicopter, equivalent to travelling by local taxi.

PTI officials acknowledge more serious efforts to ward off a financial crisis are needed, given the country’s £13.5bn current account deficit. Wary of the conditions of any loan, Khan is keen to avoid Pakistan’s 12th IMF bail-out since the late 1980s. Initial brain-storming sessions however have done little more than to produce a much-mocked proposal to ban imports of cheese, alongside mobile phones and cars.

The serious work began on Tuesday, with a mini-budget that amounted to a fiscal adjustment of 2% of GDP. While analysts praised the PTI for the painful reforms, many were dismayed by the government’s relaxing of a proposed law that would have allowed only tax return-filers to purchase cars and property. Less than 0.5% of the population currently pay their dues but while this is a problem Khan has vowed to fix, many are skeptical of how much room he has to manoeuvre. “The climbdown smacks of a deep bow to vested interests,” wrote Khurram Hussain, an eminent business commentator. 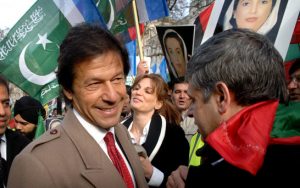 Likewise, another of Khan’s pre-election promises, to construct a meritocratic, forward-thinking administration has also run into trouble.

The PM has also invested his huge personal capital in an almost certainly futile effort to crowdfund the construction of an £11bn dam in the north-east.

The project has led to an atmosphere of near-hysteria: Pakistanis overseas have been asked to each donate $1,000, children in tribal areas have been told to donate their lunch money, while the chief justice has threatened doubters with trial for treason.

Yet, even at the current rate of feverish donation, it would take more than 100 years to raise the capital. Misleading the population to believe it was possible to crowd-fund such an infrastructure project was “wilfully squandering a massive asset in Pakistan … a groundswell of love for country”, says political commentator Fasi Zaka.

Likewise, another of Khan’s pre-election promises, to construct a meritocratic, forward-thinking administration has also run into trouble. Vested interests from the military to the mullahs have been indulged. Twelve of Khan’s appointed cabinet members served under General Musharraf, the military dictator ousted ten years ago, and apparatchiks have been given key positions in the civil service.

Meanwhile the government’s bravest appointment has also been reversed, this time under pressure from the Islamists. Two days after Fawad Chaudhry delighted Pakistan’s liberals by defending the appointment as economic advisor of Atif Mian, an Ahmadi Muslim and Princeton professor named by the IMF as one of the top 25 young economists in the world as an economic advisor, the PTI asked Mian to step down.

The drastic improvement in relations with the military is the party’s clearest impact on Pakistan’s politics so far. This was not unexpected after the army was widely accused of rigging July’s election to deliver the PTI victory. Footage from Khan’s visit to their general headquarters – not always a welcoming place for civilians – show snappy salutes and the prime minister symbolically placed at the head of a briefing room table.

But Khan already appears to have been made aware of the limits of his writ: the military’s displeasure with his offer to Afghan refugees could be easily discerned: local journalists had their stories on the topic censored, while an Afghan community elder who gave interviews about the announcement to foreign media was allegedly picked up by paramilitary police, his daughter told the Guardian.

Military support may afford the PTI plenty of leeway, analysts say. But the defenders of the nation cannot shield the party forever from the sky-high expectations of the public.

September 4, 2018 byMalik No Comments
Roger Federer lost to a player ranked outside of the top 50 for the first time at the US Open as Australia's John Millman stunned him to set up a quarter-final against Novak Djokovic.