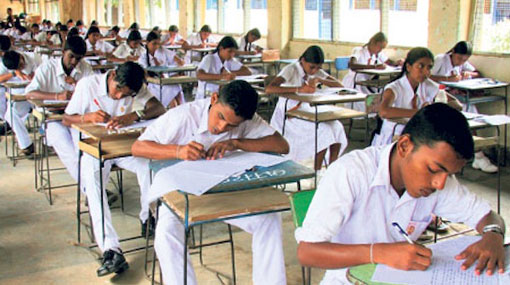 In the name of free education

The issue of some of the village and rural schools still lacking basic infrastructure was conveniently ignored for decades by those in power.

However, the issue re-emerged with the awful condition of the Dehiwatta Maha Vidyalaya in Trincomalee surfacing on social media.

The school was established in the 1950s and utilises the same school building since then, with no renovations done to preserve it within the course of its almost seven decades of existence. The building is almost in tatters as a result of the 30-year civil war.

This issue of schools, similar to the Dehiwatta Maha Vidyala, move beyond the mere term “neglect” to the outdated and inefficient education system of the country through which many issues have stemmed over the recent years alone.

Currently, more than 300 schools across the island remain closed due to the lack of infrastructure and basic facilities.

Education has become a rat race in Sri Lanka with the Grade Five Scholarship exam as well as the Ordinary Level exam being a critical deciding factor as to whether a child, especially those who attend rural schools, is eligible to receive quality education.

Accordingly, this system was introduced to promote free education, although it is now being exploited by higher authorities.

“The system of the Grade Five Scholarship exam has been in existence for 70 years now. This is testament to the lack of leadership to improve the schooling system in Sri Lanka. The fact that we still need scholarship exams after 70 years proves that successive governments have failed to similarly develop schools in Sri Lanka,” he said.

He stated that the authorities deemed it passable to neglect these schools due to the fact that scholarship exams exist. 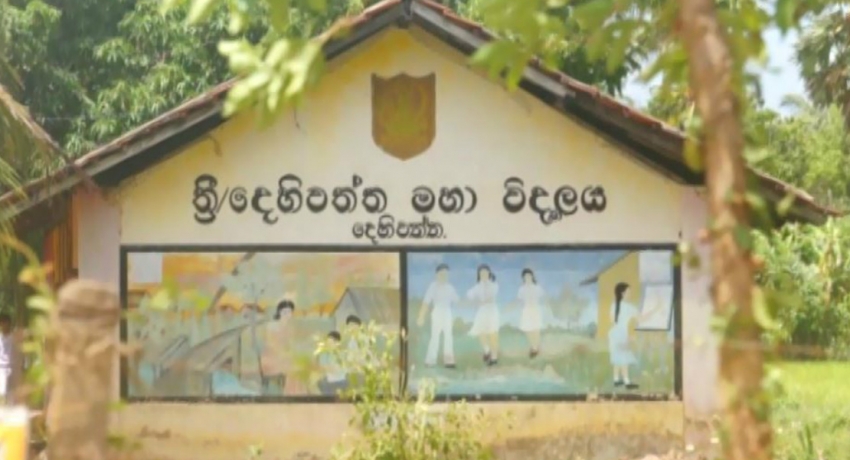 Adding to the plight, there were also countless instances where principals and teachers obtained bribes from parents throughout the years for personal gains.

“Even government schools in Colombo require parents to renovate buildings and build basic facilities within the school premises for their children to be admitted to the school,” he stated, questioning whether in reality, the free education system at present really evinced its real purpose.

“Parents of the children in rural schools cannot afford to build classrooms or provide basic facilities; they sometimes cannot even afford a school uniform. If the free education system is really ‘free’, these issues shouldn’t be surfacing,” he said.

When the present Government came into power in 2015, one of the many election promises they vowed to do was to allocate 6% of Sri Lanka’s GDP for education.

However, Ceylon Teachers Union (CTU) General Secretary Joseph Stalin told The Sunday Morning that only around 1.2% of the total GDP was allocated for education each year for the past four years.

Further elaborating, Stalin also stated that the Government allocated Rs. 5 billion for the distribution of tabs during the time Minister Ravi Karunanayake led the Finance Ministry in 2015.

“The 13 years of free education and the tablets being distributed to school children can only be considered a big hoax of marketing. Children did not receive these tabs, although money was allocated to it,” Stalin confirmed.

“They allocated Rs. 2.7 billion for the Suraksha project. However, only an amount of Rs. 400 million was given to the children. Therefore, it is evident that the Government is working towards achieving popularity rather than actually working to support the country’s school children,” he said.

Discussing this at length, Stalin stated that much younger children often didn’t need health insurance as they infrequently fall ill.

“They should be building children’s hospitals, upgrading the basic facilities, and providing medical equipment rather than giving health insurance to children,” said Stalin.

One of the many hardships the education sector faces is the lack of qualified teachers to educate and shape young minds.

Youth who strive for a better life, especially in schools in rural areas, educate themselves only to come to Colombo and settle into an industrialised way of living, which they perceive to be the solution for a better future.

Seldom do these youth return to their own homes and villages to share their knowledge with and help the children in their own villages.

Currently, the teacher-to-student ratio in Sri Lanka remains one teacher for every 20 students. However, according to Stalin, these teachers are often not educated enough to teach, lack the capability and techniques to instruct students, and do not return to their villages once they go to more popular places like Colombo.

Further, Stalin stated that there is a lapse in the teacher transfer system. “They favour those they personally know and the renowned Colombo schools get the best and the most amount of teachers,” he said.

However, a government teacher who wished to remain anonymous stated that they could no longer influence the authorities to get good schools and appointments, adding: “When the transfers took place in 2018, almost every teacher in the advanced level arts section of our school was transferred. Our principal tried to keep some, but to no avail,” she said.

Giving reasons as to why the number of teachers in Sri Lanka is decreasing at an alarming rate, Stalin stated that teachers have now become the lowest-paid government workers. “Teachers don’t receive special privileges like government doctors,” he said.

The Sunday Morning contacted Secretary to the Ministry of Education M.N. Ranasinghe to discuss the issue, but he stated that he was not aware of the issue and would look into it.

Female MPs in the ninth parliament | Get to know them

August 23, 2020 bySarah Hannan No Comments
Given that this time too Sri Lanka managed to send only 12 female MPs to Parliament and that there is no Cabinet portfolio dedicated to oversee women’s affairs, the 52% female population in Sri Lanka

August 16, 2020 bySarah Hannan No Comments
The changing political landscape of the Tamil people seems to have paved way to the rise of a more radical nationalist agenda as the majority voted in two members to Parliament