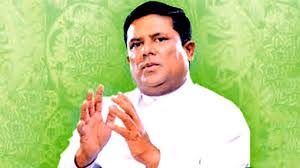 The Minister of Internal and Home Affairs and Provincial Councils and Local Government, Vajira Abeywardena stated at a media briefing that the National Independence Day will be celebrated as the National Day.

The media briefing held at the Government Information Department yesterday (23) saw the minister commenting that the 8th article of the Constitution mentions that the day is formally known as the National Day and not Day of Independence.

CPSTL to suspend fuel to CEB

June 30, 2019 bythemorninglk No Comments
Ceylon Petroleum Storage Terminals Ltd. (CPSTL) has decided to suspend fuel distribution to the Ceylon Electricity Board (CEB) from this week.

June 4, 2020 byTSM Web Desk No Comments
In order to continue repatriation of Indian nationals stranded in Sri Lanka, the following two more flights have been scheduled as part of phase III of ‘Vande Bharat Mission’ a Government of India ini