India reaches out to Sri Lanka 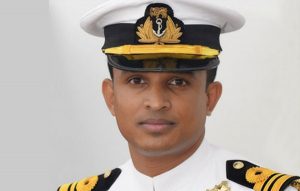 India has always been seen as a strong ally of Sri Lanka, and that friendship has come in handy now more than ever.

The Indian Government attempted to bring an end to the brutal war between the LTTE and the military using the Indian Peace Keeping Force (IPKF), but that attempt failed.

Now, the Government in India, led by Prime Minister Narendra Modi, has stepped in to play a similar role as Sri Lanka looks to eliminate any remnants of the Easter Sunday bombers.

India had provided intelligence to Sri Lanka prior to the deadly 21 April attacks, but that information was not acted on.

However, soon after the attacks, India reached out to Sri Lanka once again.Some see this as an attempt to counter the growing Chinese presence in Sri Lanka.

Navy Spokesman Lieutenant Commander Isuru Sooriyabandara told The Sunday Morning that the Indian Coast Guard was among the first Indian agencies to offer direct assistance to the Sri Lankan military soon after the attacks.

He said that the Indian Coast Guard, which operates along the International Maritime Boundary Line (IMBL) which divides India and Sri Lanka, offered the Navy assistance to crackdown on any member of the suicide squad who may be at sea.

“We have a very good relationship with the Indian Navy. India offered us assistance through the Coast Guard and that offer still stands. We have not obtained the assistance of the Indian Coast Guard yet after the attacks, but we can do so if and when required,” he said.

Asked if joint patrolling at sea was an option to counter terrorist-linked elements at sea, the Navy Spokesman said that the option had not been discussed.

Sri Lanka did not alert India

Days before the Easter Sunday attacks, India had alerted Sri Lanka through its intelligence agencies of a threat of suicide attacks being carried out in Sri Lanka.

The failure by the authorities to act on that information is now part of an ongoing inquiry in Sri Lanka.

While it seemed that Sri Lanka had returned the favour and alerted India about 15 Islamic State (IS)-linked terrorists heading to India, the Sri Lanka Navy said no such information had been passed on.

However, Navy Spokesman Lieutenant Commander Isuru Sooriyabandara insisted that no such information had been received by the Navy or passed onto India.

“We did not receive any verified information about 15 terrorists heading to India. We only heard about this from the Indian media,” Sooriyabandara said.

However, he said that while the media report was not verified, the Navy was not prepared to take any chances and was on the lookout for such a boat in Sri Lankan waters.

India’s Lakshadweep was also placed on high alert following the news of terrorists heading to India by boat.

The Lakshadweep Administration last week held a multi-agency security review meeting following intelligence reports that a boat carrying 15 ISIS terrorists had set out from Sri Lanka to the scenic islands.

Indian media reported that Farooq Khan, the Administrator of the Union Territory, held a meeting at Kavaratti with senior officials of the local administration, Navy, and Coast Guard.

A Lakshadweep Administration Spokesperson had said naval officers briefed Khan that both Navy and coast guard vessels were undertaking enhanced patrolling across all the islands of Lakshadweep.

It was reported that the intelligence pertaining to the suspected movement of the terrorists was first received on 23 May from Sri Lankan authorities, and the Kerala Police had also been on alert since then.


The Sunday Morning’s attempts to reach the Lakshadweep Administration to confirm if they had received intelligence reports from Sri Lanka were unsuccessful.

Meanwhile, India’s National Intelligence Agency (NIA) had last week sent officers to Colombo to assist in the investigations into the attacks.

Diplomatic sources said that the NIA was looking to identify any links between the bombers and Indian organisations or individuals.

There had been reports that some ISIS sympathisers had been in Sri Lanka before the attacks and travelled to the East.

There were also reports that at least one of the Easter Sunday attack bombers may have travelled to India.

The NIA will look to uncover any links between the Indians and the Sri Lankans involved in the attacks and whether these Indians pose a threat to India.

Diplomats said India will also look to provide more assistance to Sri Lanka after the NIA probe to boost Sri Lanka’s capabilities to deal with threats posed by groups like IS or ISIS.

On Friday, President Maithripala Sirisena and Indian Prime Minister Narendra Modi had also discussed working together to counter terrorism in the region.

Both sides will look to boost intelligence sharing while India will make available as many resources as possible for Sri Lanka to fight the new terrorist threat it is facing, sources said.

India is concerned, as much as the US, of China’s strong presence in Sri Lanka and will look to make more inroads by way of offering more assistance to ensure China does not get the upper hand in Sri Lanka.

April 2, 2019 bythemorninglk No Comments
The Presidential Commission of Inquiry began its inquiry into activities of the incumbent United National Front (UNF) Government.

Missing without a trace since 2002

May 27, 2019 bythemorninglk No Comments
The whereabouts of 143 buses owned by the Sri Lanka Transport Board (SLTB) still remain unknown, despite the issue being raised in January.