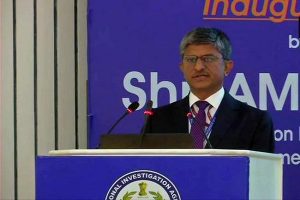 Out of the 127 suspects arrested in cases related to ISIS, some  have accepted that they have been radicalised by the mastermind behind the Easter Day bombings in Sri Lanka and by the preacher Zakir Naik, The Times of India quoted Inspector-General (IG) of India’s National Investigation Agency, Alok Mittal as saying.

Mittal was addressing an anti terror conference on Monday.

“In three of these ISIS cases from Kerala and Tamil Nadu, the accused have admitted that they were radicalized by Zahran Hashim’s videos. Hashim, as we know, is the is the mastermind of the Easter day bombings in Sri Lanka,” Mittal said.

“Most of the 127 persons arrested in connection the ISIS across 14 states in the country were inspired by controversial Islamic preacher Zakir Naik.” Alok Mittal said. The Times of India

July 7, 2019 bythemorninglk No Comments
The Bodu Bala Sena (BBS) is expected to rally a 10,000-strong bikkhu conference today at the Bogambara Stadium in Kandy from 2 p.m. onwards.

December 5, 2018 byEaswaran No Comments
The United National Front (UNF) today urged Speaker Karu Jayasuriya to issue instructions to IGP Pujith Jayasundara to reduce the security of Parliamentarian Mahinda Rajapaksa as he is no more the....