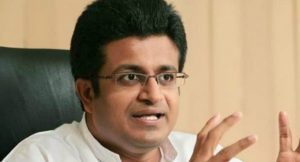 Minister of Energy Udaya Gammanpila said today (29) at a Cabinet media briefing that the issue of the reclamation of the Trincomalee oil tanks is being discussed with India.

“The Indian High Commissioner, who is very accommodative, has discussed with me the reclamation of one of our national assets, the Trincomalee oil tank farm, which consists of 99 tanks,” he stated.

He further said that to disclose the current progress of the discussion would disturb ongoing negotiations, but will be disclosed as soon as the final result is decided upon.

The tanks are currently under the lease of Lanka IOC.

September 13, 2020 bythemorningeditor1 liberty No Comments
It is now predicted that the country will face the worst power shortage in the near future as governments over the past decades have failed to add the required amount of power to the national grid in