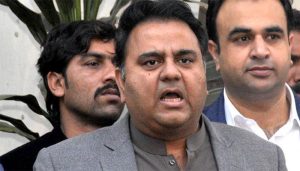 Federal Minister for Science & Technology Government of Pakistan Fawad Hussain in a tweet today said India had threatened SL players to boycott the Pakistan Tour on grounds that they would be ousted from the IPL.

Informed sports commentators told me that India threatened SL players that they ll be ousted from IPL if they don’t refuse Pak visit, this is really cheap tactic, jingoism from sports to space is something we must condemn, really cheap on the part of Indian sports authorities

February 18, 2019 byRandev No Comments
Kusal Perera hit an unbeaten 153 as Sri Lanka chased 304 to claim a stunning one-wicket win over South Africa in the first Test in Durban.