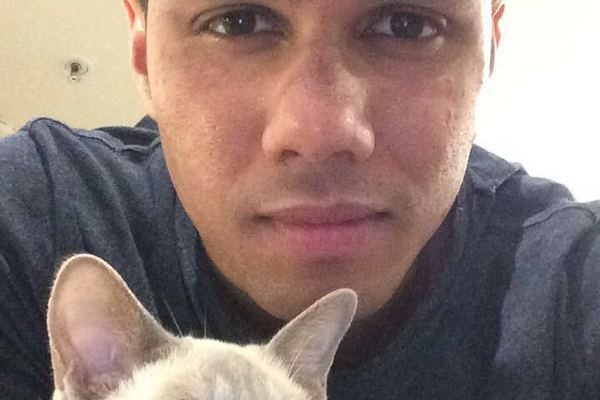 Twelve days have lapsed since Kamer Nizamdeen’s detention, and the mounting speculations have burdened his immediate family and his friends with mental trauma.

According to sources close to his family, Kamer was denied the right to speak to his immediate family following his detention.

Within these 7 days false allegations have been fed to the public, his image and family name have been tarnished, his parents have suffered mental trauma as they have been unable to contact him …”

The pamphlet published by the Australian Government Attorney-General’s Department on Australia’s counter-terrorism laws, under the third section titled ‘Preventative Detention and When it Applies’ printed on Pg. 9, states that a person detained under preventive detention order has the right:

· to be treated humanely and not be subjected to cruel, inhuman or degrading treatment
· to contact a lawyer
· to contact family members and employers to let them know they are safe
· to not be questioned
· to have a copy of the preventative detention order, which contains a summary of the reasons for making the order
· to an interpreter if they have difficulty with English

As Kaliq claims, if the Australian judiciary denied Kamer’s right to contact his family, following his detention, it appears that there is a very clear violation of Australian law and international human rights law.

The UN Human Rights Committee, the treaty body tasked with supervising the implementation of the International Covenant on Civil and Political Rights, has noted that it is, “concerned about the haste with which some measures (in Australia) have been adopted, and the necessity and proportionality of certain counter-terrorism powers, including control orders, stop, search and seizure powers, questioning and detention warrants, preventive and post-sentence detention order regimes, ‘declared areas’ offences and revocation of citizenship.’

This raises international concerns with respect to how Australia enforces its counter-terrorism laws.

While family and friends of Kamer have been advised to not make any statements to the media following this incident, The Sunday Morning contacted the Consulate General of Sri Lanka in Sydney Consul General Lal Wickrematunge for comment. Consul General Wickrematunge stated that he visited Kamer on Wednesday (5 September) and that he has updated the Ministry of Foreign Affairs in Sri Lanka on the progress of the proceedings. On the same day Kamer was granted access to a lawyer to discuss the legal proceedings and seek advice.

The Sunday Morning then contacted the Ministry of Foreign Affairs in Sri Lanka’s Spokesperson Maheshini Colonne for comment. Colonne stated that the consular service is in touch with the diplomatic missions, and are providing their fullest support towards safeguarding Kamer’s basic rights. They are also assisting in completing the legal proceeding in an efficient manner. Since there is an ongoing investigation, she reiterated that no further information could be disclosed.

“… he has not been charged with being a member of a terror group.

Police say that Nizamdeen is on a student visa that expires in September, and was in the process of applying for a new one.

Instead, the AFP (Australian Federal Police) has applied for a Criminal Justice Stay visa so they can prosecute him…”

Kamer Nizamdeen is scheduled to appear at the Central Local Court for his next hearing on 24 October.

Solidarity at times of distress

Meanwhile Kamer’s friends have setup a Facebook Page which has allowed his family and friends to share fond memories they have about Kamer: www.facebook.com/justiceforkamer

A petition has been created under www.change.org/p/justice-for-kamer and is signed by over 13,800 individuals and counting.

September 18, 2019 byTSM Web Desk No Comments
The cost of living committee has decided to reduce the price of a domestic LP gas cylinder(12.5) by Rs. 250 and increase the price of imported milk powder by Rs. 20 (400g).