Interim order against bail granted to IGP and Hemasiri 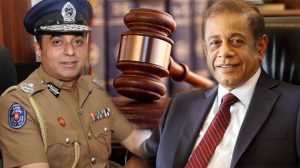 A revised application was filed by the Attorney General against the Colombo Magistrate’s court order granting bail to Jayasundara and Fernando.

The application was filed before the Colombo High Court today (18).

Jayasundara and Fernando were granted bail by the Colombo Chief Magistrate earlier this month in the case over the Easter Sunday attacks.

June 3, 2020 byTSM Web Desk No Comments
Denying allegations that the Avant-Garde did not cause losses to the government, Avant-Garde Security Services Chairman Maj. (Retd.) Nissanka Senadhipathi today said that his business generated more i