– US permission needed to proceed

– Deal was to help both CPC and Tea Board 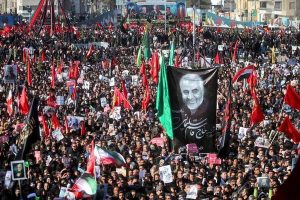 The Sri Lankan government is unable to resume a mutually beneficial tea-for-oil barter deal with Iran due to escalated tension between Iran and the US in the past few days, The Sunday Morning Business learns.

This is despite the appointments of new heads for state-owned institutions Sri Lanka Tea Board (SLTB) and Ceylon Petroleum Corporation (CPC).

The barter deal with Iran was on a temporary hold during the interim period between the 2019 presidential election and the appointment of heads for state institutions, citing the non-availability of leaderships to steer this plan.

Sources told The Sunday Morning Business that the barter deal would be on hold until the Iranian Government and the US arrive at a decision to control the ongoing tension.

“Once this calms down, we will obtain the concurrence from US authorities to go ahead with the barter deal. How soon we are going to start the deal depends on the (situation of the) tension between these two countries,” sources noted.

Sources also believe that if the deal would kick-start with the concurrence that US sanctions imposed over Iran would not have an impact on the deal and also trade with Iran would not be considered as a sanction violation.

Meanwhile, speaking to The Sunday Morning Business, Molligoda noted that the SLTB had discussions with the US Embassy in Sri Lanka and they are yet to get back.

“We had the discussion before the new tension between the US and Iran. Now, they have to assess the current situation and get back to us,” Molligoda noted.

Amidst rising tension between Iran and the US, Iranian Islamic Revolutionary Guard Corps (IRGC) Major General Qasem Soleimani was killed in a drone strike carried out by the US, outside Baghdad International Airport on 3 January, which led to the further escalation of the tension. In retaliation, Iran fired missiles at two Iraqi military bases that were hosting US troops on 8 January.

Even before these incidents, Iran was isolated by a number of sanctions imposed by the US and they resulted in a disruption of Sri Lanka’s tea exports to Iran as there were issues in obtaining payments because none of the Sri Lankan banks were willing to deal with Iran, according to sources.

On the other hand, CPC has $ 240 million in outstanding payments to be made to Iran for oil imports dating over six years. Considering these issues, former Minister of Plantation Industries Navin Dissanayake announced a barter deal in July last year, which could both revive Ceylon tea exports to Iran and settle CPC’s outstanding payments.

The Tea Exporters Association (TEA), which proposed the barter system, had been inspired by India’s existing barter deal for tea exports with Iran. The benefit for the CPC from the deal is that it can settle the outstanding dollar payment in rupees and break down the payment into 48 instalments.

Meanwhile, despite a comparatively lower quantity of tea exports under the deal than usual, the TEA and SLTB would be able to export tea to Iran for the next four years without being concerned over delayed payments from Iran for their exports.

The barter deal equally benefits isolated Iran. According to Iranian news reports, the country’s Ministry of Economic Affairs and Finance is drafting regulations to set up companies to carry out barter trade with foreign partners as a way of evading US sanctions. At the moment, Iran has barter deals with a number of countries including China, India, and Russia where Iran mostly uses its oil for trade.

Iran is currently struggling under crippling economic sanctions imposed by the US, with other nations also being unwilling to transact with it, fearing the wrath of the world’s superpower.

In 2017, Sri Lanka exported 27,418 MT of tea to Iran, but it dropped to 23,914 MT in 2018 due to US sanctions on Iran. The drop has also had a considerable impact on the overall tea exports during the year. In 2018, revenue from tea exports to Iran amounted to $ 120 million. It would be halved approximately to $ 60 million per year under the barter deal.

Sri Lanka has carved itself a sectoral niche in India: Indian HC

August 5, 2019 bythemorninglk No Comments
The High Commissioner of India to Sri Lanka Taranjit Singh Sandhu stated last week that Sri Lanka has carved itself a niche in certain sectors in India.

December 6, 2020 byNethmi Liyanapathirana No Comments
The Department of Census and Statistics (DCS) is planning to release the GDP (gross domestic product) figures of Sri Lanka for the second and third quarters.

Hearing of cases via video technology begins at Court of Appeal