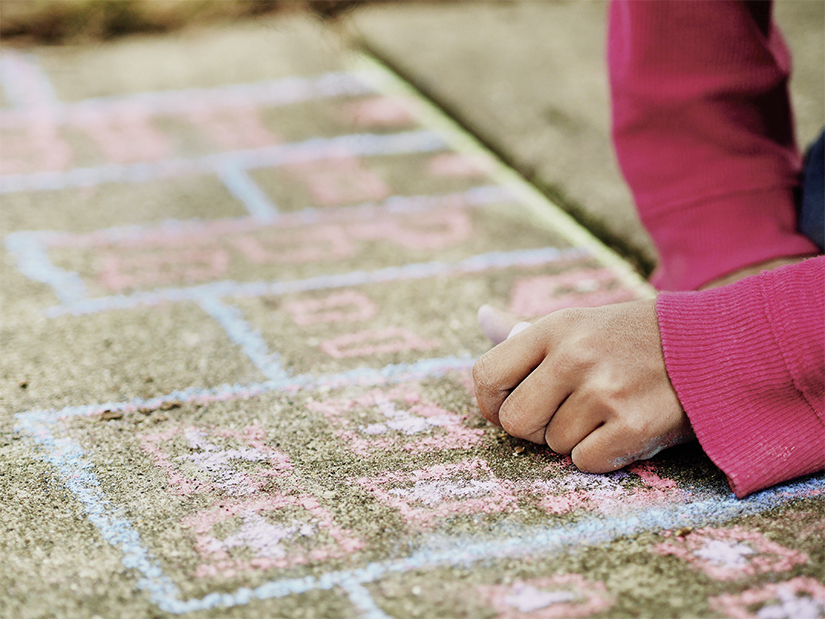 It all starts with one small step

Protection of and assistance to child victims and witnesses

It is yet another school day, and there is no sight in the morning as refreshing as that of a group of bubbly kids crossing the road on their way to school. For a few seconds, you transform into a schoolchild again. Yes, those were carefree days where your biggest worry in the world was studying for exams. When homework was the only repulsive thing in life, but that too was enjoyable at times if you could raise your hand and show off that you got 10 out of 10. What were our rights then as children? What were we to do in case we were victimised, harassed, or ill-treated? Well, we had no clue. Do we at least have a substantial clue now?

The ignorance and lackadaisical attitude toward child victims and witnesses of crime continue to be appalling from the past to the present.

What do we know?

An A/L student from Akuramboda Central College, Vikum Lakmal did not think twice and said that he would immediately talk to his parents and report to the Police if he was victimised in any manner. But when asked if any other organisations were available to seek redress and what exactly his rights are as a child, the intelligent child who had a fair sense of the world could not say much.

Grandparents Mettananda de Alwis and Chandralatha de Silva who are retired science teachers from leading schools in Colombo and Homagama, respectively, were well informed that the Police can be approached. Though they knew there were certain child protection authorities and helplines so culprits could not get away easily, they were not exactly aware about what they were.

Kanchanamala Dissanayake, a beautician who owns a lucrative salon, is a mother of two, expecting a third addition. She was fervent in her opinion that she would not “just let it be” if any of her children were ever victimised. She would certainly report to the Police irrespective of the stigma involved. Again, though she had heard that there were organisations that worked for this cause, like many other parents, grandparents, teachers, other professionals, and children who were interviewed, she too could not give exact information other than stating that there is “some child protection something”, together with a helpline.

We spoke to the Police first. The senior police officers of the Children and Women Bureau were eager to help, but wished to remain anonymous due to official reasons. There are children and women bureaux in every police station across the island, they said. There are trained police personnel in all of them who would readily assist a child in need, especially in a situation regarding victimisation. However, speaking more closely, other facts were revealed. A senior ASP confided that the bureau exists mostly only in name. There is a lack of trained staff most of the time, and given the many irons the Police have in the fire, providing children with exclusive, special attention is a fairytale. A woman chief inspector who was passionate on the cause stated the difficulty she faces is protecting the privacy of child victims. “The space we have in the police station is limited. Though I am trained to talk to child victims and address their issues in a child-oriented manner, there is no assigned room to do that. I have to sit with the child amidst adult criminals and other officers investigating other crimes. The child may get terrified upon seeing what happens at a police station. Though I speak to the child encouraging him or her to give me information in order to be able to help, it is unlikely that such is possible in an environment that is not child-friendly.”
“However, we do our best,” said another woman senior inspector. “Attending to women and children is not the only role assigned to me at the police station. I have to be present at court most of the mornings. So I miss the children who come in during those hours. Yes, the resources are limited, but I think we do a great job. There are many children who finally open up to us after not having uttered a word to parents or doctors.”

Though the Police is all people remember when child victims are mentioned, there are many who are trained and willing to help.

District secretariats have child rights promotion officers, and the midwives and the grama niladharis are in the same loop. They are all given special training to handle matters with regard to children. It is sad that these stakeholders do not join hands to prevent these incidents, rather than to cure.

Is a cure possible?

However, with appropriate social and psychological support, there is certainly a lot of hope.

Primary victimisation is the trauma that a child faces when he/she is harassed, ill-treated, or abused. Secondary victimisation is the trauma that a child goes through when facing institutions such as the hospital, the criminal justice system, the Police, and social workers. All these institutions may mean good, but reliving the trauma is victimisation in itself. Once a child is subjected to a crime, it is mandatory that the Police records it in the manner that the child relates it. The doctor and subsequently the judicial medical officer have to record it too. The child will be examined, which makes him/her focus on the parts of his/her body that are injured or abused. Then the story of the crime has to be narrated in the courthouse many times during the trial, also to the social workers if any get involved in the process. All these personnel act in a bona fide manner, but the victim is trying to forget the incident, whereas the system may remind them of the unfortunate event repetitively, Dr. Tennakoon said.

UNICEF Child Protection Manager Ramiz Behbudov and UNICEF Sri Lanka Child Protection Specialist Dr. Hemamal Jayawardena spoke about the importance of different stakeholders in assisting child victims. They voiced concerns as to how the child should feel comfortable when spoken to. Children are sensitive and the manner in which one talks to a child can make all the difference. Some children, though continuously victimised, do not open up even to their parents, as they cannot be assured of an empathetic ear.

National Authority for the Protection of Victims of Crime and Witnesses Director – Policy and Programmes Indika Siriwardena gave light to the authority that provides protection to the victims of crime. In addition to victims of crime, the authority covers another important segment – witnesses. Especially in cases of child abuse, there could be other children involved, as children closely associate with siblings, school friends, and neighbours. Children socialise mostly in groups as playmates, hence the likelihood that a child would be a witness to a crime imposed on another child is high.

Dr. Neil Fernando emphasised that if a child is a witness, they are a special witness due to the fact that they are relatively more intimated and/or vulnerable. This is irrespective of whether the victim of the crime witnessed by the child is another child or an adult.

Let us first ask the questions. Knowledge is empowering. This article highlights different stakeholders who act on child victims and witnesses. Forensic, judicial, and psychological viewpoints are discussed, and the key organisations who act on child protection are listed. But is that enough?

Is society more prone to punish the perpetrator once the crime is committed? Or are we actively finding solutions to prevent these crimes? There are many organisations and professionals doing a great job in their respective fields. But is there viable collaboration among organisations and professionals? Isn’t such collaboration mandatory for the protection of children? Parents take every measure to safeguard their children from abuse. Do such extreme safety measures limit the freedom of the child? Still, is there any option other than such extreme measures? Would you report to the authorities if your child is victimised? Or would you hide it under the carpet, fearing the brunt of secondary and tertiary victimisation? Does hiding things lead to a solution in the long run?

Irrespective of the time and resources involved in the process, if a perpetrator is not brought to justice, would it not encourage him or her to victimise another child?

A lot to think about. A lot to act upon. But as you already know, it all starts with one small step. Step up and do what you have to do. Now.

A loud cry for our elephants

October 14, 2019 byThe Sunday Morning No Comments
Justice for Animals (a community project under the Sri Bodhiraja Foundation) conducted a press conference on 9 October at Ramanna Nikaya Headquarters to bring focus and attention to the recently