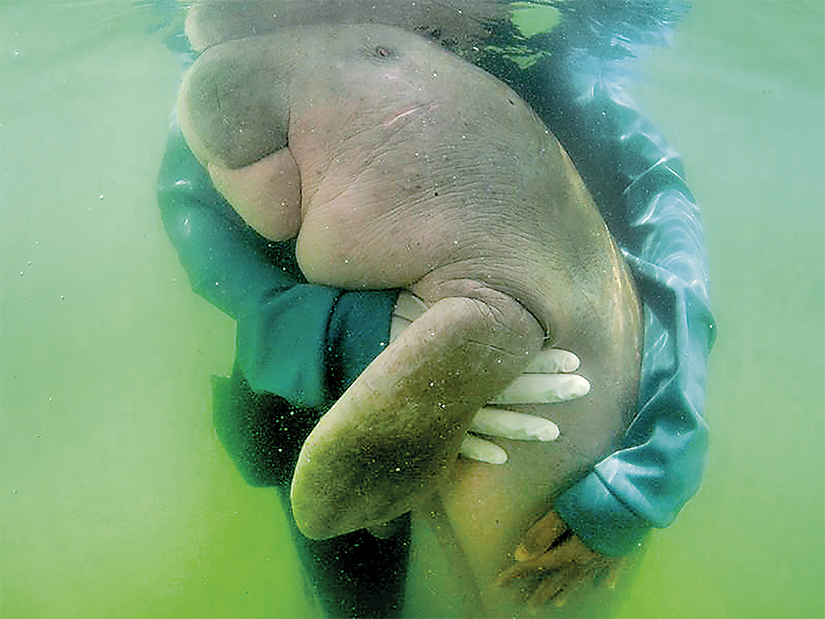 Conversations about the ocean, the metric tonnes of plastic hurled haphazardly into it, and the innocent victims that are the creatures of the sea are not few. But recently, the death of an internet sensation has once again opened up the doorway to this topic. Eight-month-old Marium, an orphaned dugong in southern Thailand, passed away due to ingesting plastic waste, it was announced on Saturday, 17 August. 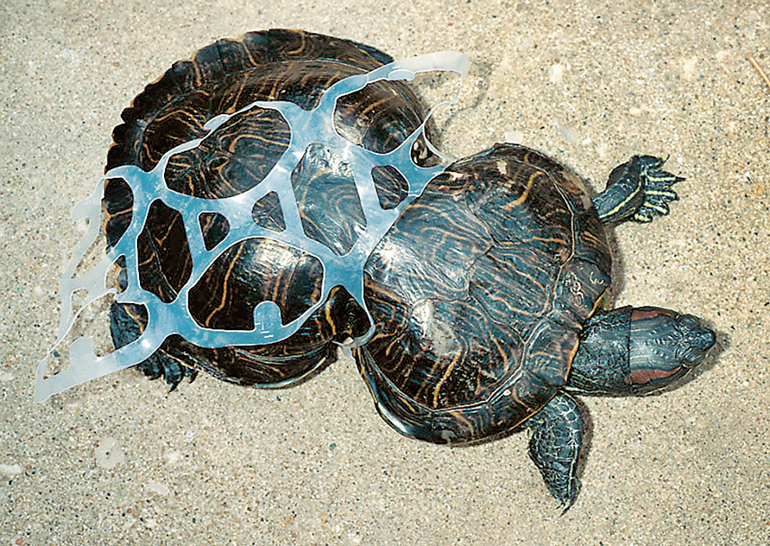 Marium became a beloved symbol of conservation after photographs of her nuzzling human caretakers went viral in June this year. According to National Public Radio (NPR), she was a “symbol of Thailand’s conservation efforts” as she captured the hearts of thousands through regular video uploads, one including her being benevolently sung to. Many people lamented over the death of this beloved dugong. The cause of death, according to Thailand’s Department of Wildlife and Plant Conservation that spoke to NPR, was the numerous plastic pieces found on the lining of her intestines which were believed to have been ingested. Marium is not the only one who suffered under this cataclysm. The Sea Turtle Conservancy reports that over one million marine animals die due to plastic waste in the sea. Vox recently reported the incident of a sperm whale which ended up listless on the shores of Sardinia with nearly 50 pounds worth of plastic material in her stomach in April 2019. These are merely two incidents of a million tragedies reported. As gruesome as these deaths are, they are the slap on the cheek the world needs.

According to the Ocean Conservancy, plastic is found in more than 60% of sea birds and in 100% of sea turtle species. Furthermore, plastic production and consumption is estimated to double over the next 10 years, meaning that there would be 250 million metric tonnes of plastic floating around the sea in less than 10 years. In addition to this, an estimate of eight million metric tonnes of plastic is being dumped into the ocean annually.

In 2016, the World Economic Forum estimated that there will be more plastic than fish in the ocean (by weight) by the year 2050. It is not just other countries that should be alarmed by these statistics; we Sri Lankans too should be greatly troubled as Science Magazine rated Sri Lanka as the fifth country of the countries ranked by mass of mismanaged plastic waste in 2010. This is not a “them” problem; this is an “us” problem. 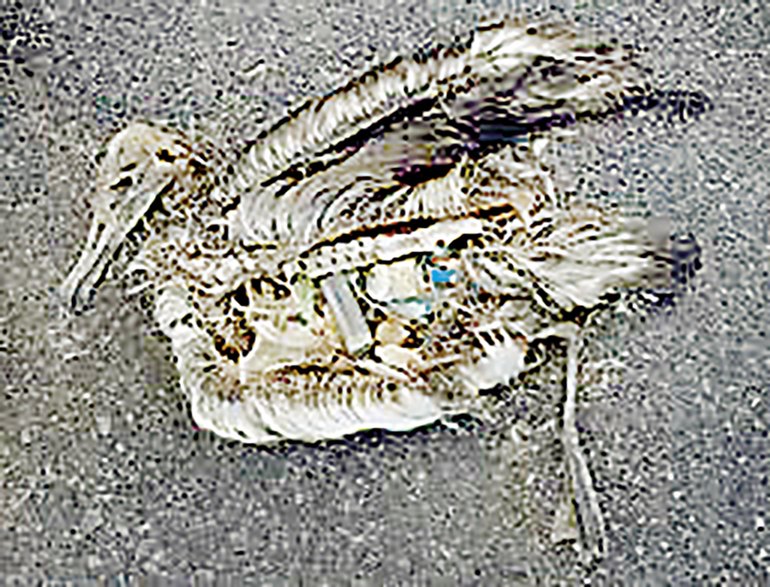 Sri Lanka, although having abysmal ratings, has in fact implemented a few strategies in order to reduce the amount of plastic being spewed into the ocean. For instance, the country joined the Commonwealth Clean Oceans Alliance (CCOA) – an agreement drawn amongst the UK, Ghana, New Zealand, Vanuatu, and Sri Lanka to manage marine plastic. It also became a member of UN Environment’s Clean Seas Campaign which has a membership of close to 40 countries. Further, the Ministry of Mahaweli Development and Environment has taken initiatives in tackling plastic pollution and marine litter nationally.

Moreover, the Sri Lankan Government has taken a number of initiatives in order to control this dilemma. They have at present successfully introduced garbage segregation in which plastic and polythene are separated in order to be recycled. 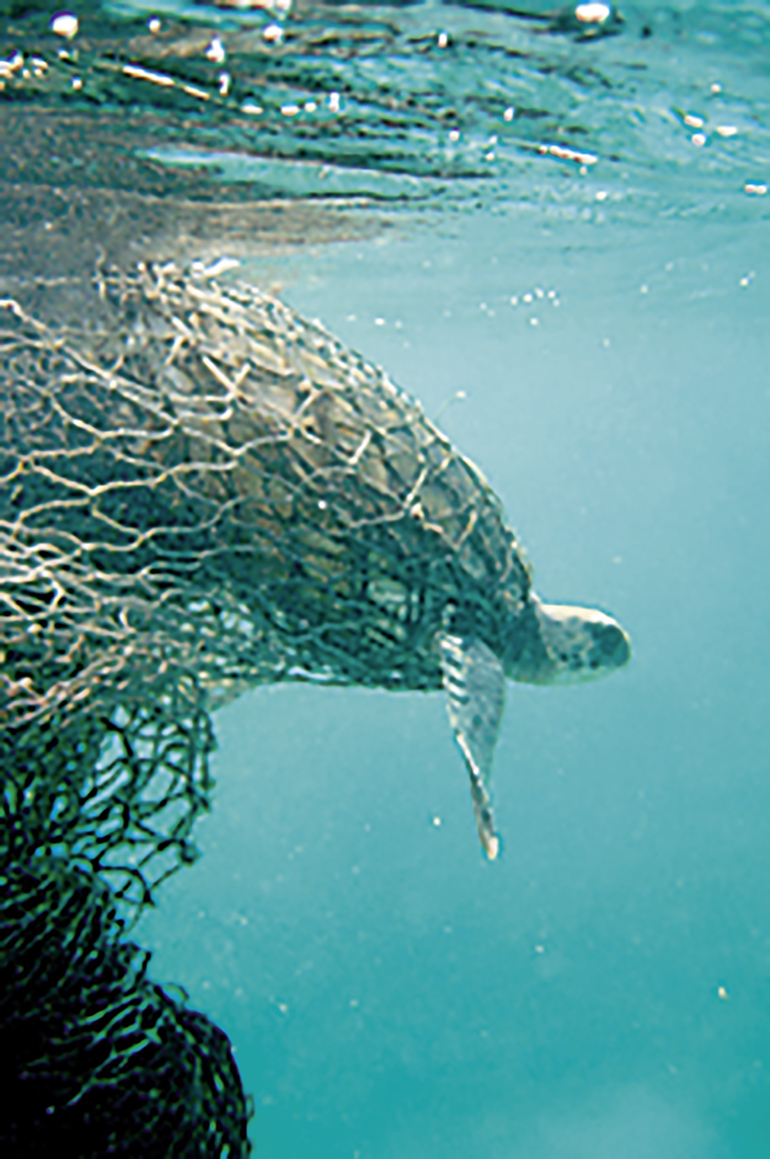 In the Sri Lanka Budget proposal of 2019, a suggestion to substitute single-use plastics by 1 September 2019 was seen. Will this attempt prove successful or will it fall short as experienced in the past? Only time will tell.

The science behind it

Why is plastic actually so harmful? What is the reason behind it? An interview with Marine Environmental Protection Authority (MEPA) General Manager Dr. Terney Pradeep Kumara shed more light on the issue of plastic waste in the ocean. According to him, four things occur when plastic is dumped into the ocean: 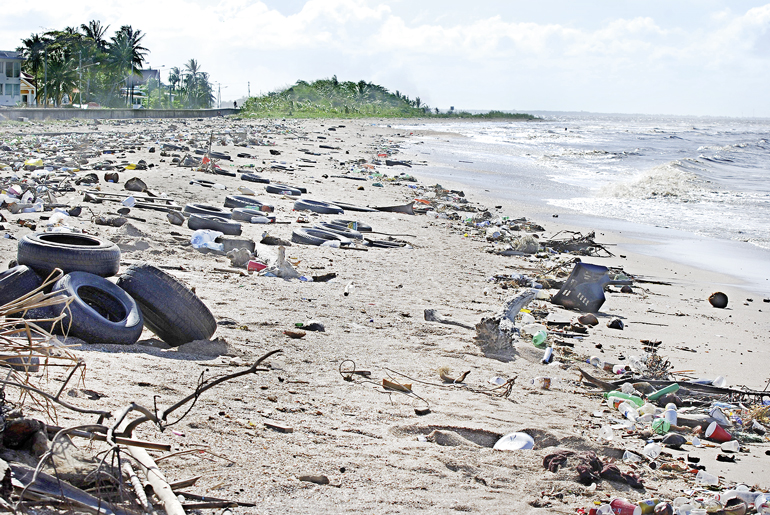 Litter on the beach

What happens when plastic is ingested by the sea critters ?

Dr. Kumara, when speaking to The Sunday Morning Brunch, revealed: “Once the plastic bag is ingested, it cannot be digested or passed by the animal, but in turn blocks the food canals and the bowels, leading to a rather painful death.” Animal Friends Croatia also states that once it is ingested and the animal passes away, the plastic is once again set loose.

Thought you were safe?

It is not just aquatic life that is in danger; if you regularly consume fish, you are probably in for trouble as well. Dr. Kumara elaborated: “Per annum, the average human ingests an amount of plastic the size of a credit card.”

How do we put an end to this?

Dr. Kumara noted: “While there are several programmes carried out for the cause by the government and private sectors, there is no proper national co-ordination. If there is a unit set up to collaborate between the programmes conducted, we could expect to see better results.” 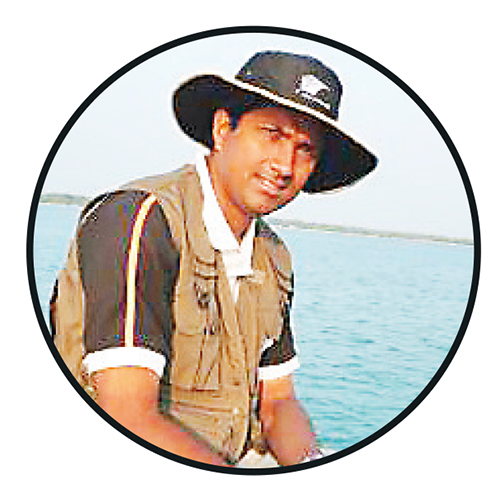 Furthermore, he said that these efforts should begin at home. Simple practices such as using less plastic in the kitchen and home garden will carry a long way. On a large scale, more substitutes for plastic which are biodegradable need to be introduced by the Government as well as strict laws for littering in public or elsewhere.

We as Sri Lankans must band together in order to drive away the menace of plastic pollution. Plastic pollution, said Dr. Kumara, has somewhat become a part of our culture, and it is indeed a daunting task to change a culture; but nothing is impossible for this nation. Let’s open our ears and listen to the lament of the ocean which is being choked by plastic dumped into her.

Something for everyone at Patio 25

What’s in a name – How did Sri Lanka’s roads and cities get their names?

December 2, 2019 bythemorninglk No Comments
Do you know the origins of Sri Lanka's street and city names? 94 year old Frederick Medis does, and he took us on a journey when we met up with him; quite the interesting one.