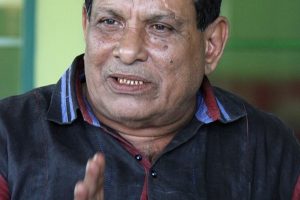 They were a sidelined community during the war after the LTTE evicted them in large numbers. Today, the Muslims in Jaffna are living in fear once again as the Easter Sunday attacks have resulted in attempts to create discord between Muslims and Tamils in the North.

Jaffna Muslims say some outside elements are involved in attempts to reignite the past, open old wounds, and create a rift between Tamils and Muslims in the North.

However, he noted that some groups from other communities were attempting to create a deep rift between Muslims and Tamils, and Muslims and Christians in the North, and this had now become a worrying factor.

“These groups are attempting to use the situation that arose after the Easter Sunday attacks to create a rift between communities in the North,” he said.

Mohideen insisted that Muslims cannot be held responsible for the Easter Sunday attacks as those involved were terrorists who used the name of Islam to create carnage.

He noted that even the All Ceylon Jamiyyathul Ulama (ACJU) had asserted that those involved in the Easter Sunday attacks could not be considered Muslims.

The ACJU had recently met the Muslim community in Jaffna and advised them to look at ways to work more closely with the locals from other communities.

Former politician M.A.C. Mubeen told The Sunday Morning that Muslims do not have proper representation from the North in Parliament, through which their issues can be raised and their concerns addressed.

He said that Muslims are to even be represented in the local councils in the North in order to ensure their concerns are raised.

As a result, he said misleading claims made at times about the Jaffna Muslims were taken seriously by Tamil and Sinhalese communities, and this posed a threat to the Muslims.

He said that even some Tamil media had not given the Jaffna Muslims a fair hearing, and this had added to tensions between Muslims and other communities in the area.

“There are bad elements in every community. We have that in our community, and you see that in all communities anywhere in the world. But just because of a handful of people, an entire community cannot be branded, nor can we let reconciliation take a beating,” he said.

Mubeen said that all Muslims were saddened by the Easter Sunday attacks and deplored the actions of those involved.
He said that now everyone, including the media, must try to ensure unity between all communities.

Tamil National Alliance (TNA) Parliamentarian S. Shritharan asserted that the TNA would not allow the unity between Tamils and Muslims in the North to be affected.

He told The Sunday Morning that the TNA did not condone violence against the Muslim community due to the simple fact that just one outside group was involved in the Easter Sunday attacks.

Shritharan also said that they had not heard of any incidents in the North targeting Muslims, especially involving Tamils.
However, he said that outside elements may attempt to scuttle the peace and blame it on either community, and so the public must be vigilant over such attempts.

Over 70,000 Muslims were evicted from the North by the LTTE in 1990. The Muslims in Jaffna were given two hours to leave.

Most of them fled to Puttalam and settled down there, but many wanted to return to Jaffna, and when the opportunity arose, most of them did. After returning to Jaffna, some of these Muslims had been agitated over their lands, requiring they be returned to them.

However, while that fight continues, they have now been forced to face a new, emerging threat in the form of attempts to create a situation where they could be forced out of the North again.

A condominium project had been proposed for Muslims displaced from Jaffna during the war.

Minister of Industry and Commerce, Resettlement of Protracted Displaced Persons, and Cooperative Development Rishad Bathiudeen, said in February that three decades since their initial displacement, Muslim IDPs (internally displaced persons) from Jaffna, now scattered across the country, would finally be able to resettle in Jaffna.

He said that an appeal had been made to Prime Minister Ranil Wickremesinghe to address the housing issue faced by displaced Muslim families.

Later in March, the Government allocated funds through the 2019 Budget to resettle Muslims displaced during war.

Finance Minister Mangala Samaraweera made the announcement while presenting the Budget to Parliament.

However, the Jaffna Muslims fear that the recent tensions following the Easter Sunday attacks will become a barrier in the attempts to resolve the housing issue of the Northern Muslims.

September 15, 2019 byThe Sunday Morning No Comments
Alleged mismanagement and corruption is hurting the Ceylon Petroleum Corporation (CPC) with little or no action being taken to address it.