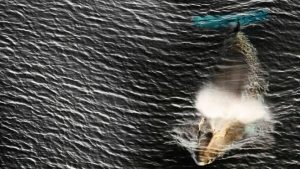 Japan says it is to restart commercial whaling in July in a move that is likely to draw international criticism.

It said it would withdraw from the International Whaling Commission (IWC), the body tasked with whale conservation.

Commercial whaling was banned by the IWC in 1986 after some species were driven almost to extinction.

Officials in Japan, an IWC member since 1951, say eating whales is part of the country’s culture.

For many years Japan has hunted whales for what it calls “scientific research” and to sell the meat, a programme widely criticised by conservationists.

Wednesday’s announcement had been expected, but conservation groups warn the move will have serious consequences.

It means Japan will be able to freely hunt species currently protected by the IWC, like minke whales. (BBC)