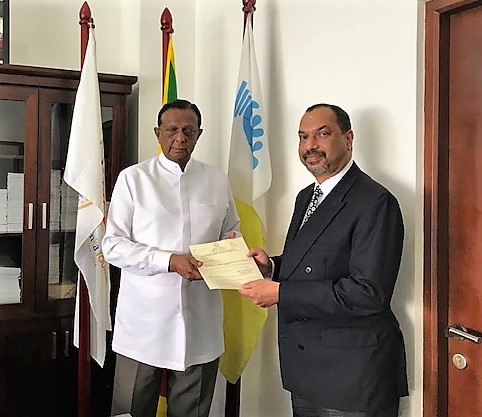 Kishu Gomes, who served in the position of Chairman of both SLTDA and SLTPB since February this year, has “stepped down from his role at SLTDA in order to focus on re-building Sri Lanka’s tourism brand in his role as Chairman of SLTPB”, according to a Tourism Ministry press release.

Prior to joining SLTPB, Jayaratne served as Executive Director of Airport and Aviation Authority of Sri Lanka.

Both SLTPB as well as SLTDA are facing new challenges since the Easter Sunday attacks that dealt a serious blow to the tourism industry. Given the enormous workload thrust on the two tourism entities and the critical importance of restoring the industry in the shortest possible time, it was decided that each entity should have its own Chairman to drive the institutions which are responsible for managing the country’s third highest revenue generator.

Gomes will now spearhead SLTPB’s brand rebuilding efforts in the global arena in order to regain Sri Lanka’s position as the top destination for travel in 2019 while Jayaratne will focus on the domestic sector.