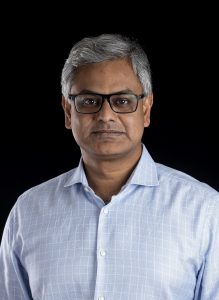 John Keells Holdings PLC has reported a 2% growth in Group revenue during Q3 FY 2020 of Rs. 37.46 billion compared to the Rs. 36.55 billion recorded in Q3 of the previous financial year, the company announced today (29).

Transportation, Consumer Foods, Retail and Financial Services industry groups recorded a growth in profits although overall Group performance was impacted by the Sri Lankan Leisure business and exchange losses at the Holding Company.

The underlying performance of the Group is depicted after adjusting for the new Accounting standard SLFRS 16 which came to effect this year, for easier comparison. Accordingly, EBITDA in 2018/19 is comparatively adjusted for the impact of SLFRS 16, on a like-with-like basis against the EBITDA in 2019/20 (adjusted EBITDA).

The Group’s Bunkering business, Lanka Marine Services (LMS), recorded a strong growth in profits.  The Transportation industry group EBITDA of Rs.1.29 billion in Q3 of 2019/20 was a 8 per cent increase over the adjusted EBITDA of Rs.1.19 billion for the third quarter of 2018/19.

The Consumer Foods industry group EBITDA of Rs.722 million for Q3 of FY2019/20 was a 21 per cent increase over the adjusted EBITDA of Rs.598 million for the third quarter of 2018/19. Both the Beverage and the Frozen Confectionery businesses recorded an improvement in performance driven by volume growth and a better sales mix.

The Retail industry group recorded a robust revenue growth of 18 per cent for the quarter which was driven by a strong performance in the Supermarkets business, driven by a notable contribution from new outlets and strong growth in customer footfall. Retail recorded an EBITDA of Rs.1.59 billion compared with the adjusted EBITDA of Rs.766 million in the same period last year. Seven new outlets were opened during the quarter, increasing the total store count to 107 as at 31 December 2019.

The Group’s Sri Lankan leisure business continued to be impacted by the Easter Sunday terror attacks in April 2019. The quarter performance was also impacted by the partial closure of Cinnamon Dhonveli Maldives for refurbishment. EBITDA for the third quarter of 2019/20 was Rs.656 million, compared to the Rs.1.34 billion (adjusted) recorded in Q3 2018/19. However, it is encouraging that occupancy at the Group’s hotels has recovered faster than expected with forward bookings continuing to maintain an upward trend where occupancy in the peak season is in line with the previous year, albeit at a moderately lower room rate. The tourist arrivals to the country have witnessed a gradual recovery, as expected, and is now close to pre-incident levels, although recent developments with the spread of the Coronavirus in the region could have a negative impact if the outbreak is not contained.

The newly reconstructed 159-room Cinnamon Bentota Beach commenced operations in January 2020. The unique location and architecture of this heritage 5-star property, coupled with an unparalleled food and beverage offering, is expected to further strengthen and enhance the “Cinnamon” brand offering. With the completion of the partial refurbishment of Cinnamon Dhonveli Maldives and the reconstruction of Cinnamon Hakuraa Huraa Maldives in December 2019, the full complement of all four of the Group’s Maldivian hotels is now in operation.

In the Property industry group, foundation work of the “Tri-Zen” project has now been completed and the super structure work is in progress. The second tranche of revenue was recognised in the quarter under review, and this is expected to ramp up over the next few quarters as the project progresses. The sales momentum for the project continues to be encouraging with pre-sales reaching 243 units as at 31 December 2019. The removal of VAT on condominiums with effect from December 2019 will be positive for the overall sales outlook.

The construction of Cinnamon Life is progressing well, and the full completion of the project is on track for first half 2021. The installation of external facades, mechanical and electrical services and interior works are nearing completion for the Cinnamon Life Residential and Office Towers, as planned. The handover will commence with the Office tower, from April 2020 onwards.

The Financial Services industry group EBITDA of Rs.1.16 billion for Q3 of FY2019/20 was a 11 per cent increase over the adjusted EBITDA of Rs.1.05 billion for the third quarter of 2018/19. Nations Trust Bank PLC recorded a strong improvement in profitability as a result of an increase in fee-based income and better management of operational expenses. The performance of Union Assurance PLC improved driven by a growth in gross written premiums.

Other, Including Information Technology and Plantation Services sectors recorded an EBITDA of Rs.151 million in the third quarter of 2019/20 over the adjusted EBITDA of Rs.2.44 billion for the third quarter of 2018/19. The decrease in profitability is mainly attributable to the exchange losses recorded in the third quarter of 2019/20 compared to the significant exchange gains recorded in the same period of the previous financial year due to the steep depreciation of the Rupee in the latter half of calendar year 2018. Profitability was also impacted by the on-going deployment of equity into the Cinnamon Life project which resulted in a year-on-year decrease in finance income.

John Keells Holdings PLC, a Sri Lankan company, is also the largest company listed on the Colombo Stock Exchange, which operates over 70 companies in 7 diverse industry sectors, and, in 2020, commemorates 150 years of being in business. The Group provides employment to over 14,000 persons and has been ranked as Sri Lanka’s ‘Most Respected Entity’ for 14 years. Whilst being a full member of the World Economic Forum and a Member of the UN Global Compact, John Keells Group drives its vision of “empowering the nation for tomorrow,” through the John Keells Foundation and through the social entrepreneurship initiative, ‘Plasticcycle’, is a catalyst in scientifically reducing plastic pollution in Sri Lanka.

September 25, 2019 bythemorninglk No Comments
As the Lotus Tower rises up in its iridescent glory amid a deluge of divergent opinions and allegations of corruption, it’s a good time to talk about passion projects.